After skin cancer, prostate cancer is the most common type of cancer diagnosed in people with a prostate. Some risk factors associated with prostate cancer can’t be mitigated. Those factors include older age, a family history of prostate cancer, and race (Black men have double the risk of developing prostate cancer compared to white men).

These six changes can help men be healthier overall and manage their risk of developing prostate cancer:

1. Avoid red and processed meats. Studies have found associations between eating red meat and an increased risk of prostate cancer. One National Cancer Institute (NCI) study, which included data from more than 175,000 men, found that the study participants who ate the most red meat were 12 percent more likely to develop prostate cancer and 33 percent more likely to be diagnosed with advanced prostate cancer than the men in the study who ate the least red meat. The study also found an association between eating processed meats, especially processed red meats such as bacon, hotdogs, and cold cuts, and an increased risk of developing prostate cancer.

2. Choose cooking methods other than grilling and frying. The method used to cook meat may also negatively affect prostate cancer risk. The NCI study cited above also uncovered an association between grilling meat and increased risk. Another study found an association between cooking red meat at high temperatures, especially pan-frying it, and a 40 percent increase in risk for being diagnosed with advanced prostate cancer. Baked poultry, on the other hand, was associated with a lower risk of advanced prostate cancer.

3. Replace animal fats and carbohydrates with vegetable fats. Men diagnosed with prostate cancer that has not metastasized may benefit from changing their diet. One study found that replacing 10 percent of calories that come from animal fats and carbohydrates with healthy vegetable fats, like canola and olive oils, avocados, and seeds and nuts, was associated with a significant reduction in the risk of dying from prostate cancer and other causes. Men who ate significant quantities of saturated and trans fats after being diagnosed with prostate cancer had an association with a higher rate of death from all causes.

5. Take part in regular physical activity. Exercising 30 minutes a day may help lower the risk of aggressive disease for men already diagnosed with prostate cancer. A study conducted by Lenore Arab, PhD at the University of California, Los Angeles’ Jonsson Comprehensive Cancer Center, found an association between a half-hour per day of moderate exercise, such as brisk walking or moderate swimming, and a lower risk of developing aggressive prostate cancer.

Men concerned about their prostate cancer risk should talk with their physician to get an accurate assessment of their personal risk and map out a tailored risk mitigation strategy.

Miles J. Varn is chief executive officer, PinnacleCare, and can be reached on LinkedIn.

Be skeptical of certificate of need laws [PODCAST] 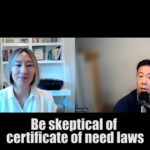 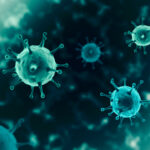