This process enables medical documents to be legal recordings of what happened during each encounter. But often, proper diagnosis can only be made after multiple encounters, so when a diagnosis is recorded, it is often prematurely done.

Treatments may then be tailored for the wrong diagnosis. Additionally, both diagnoses and procedures are sometimes reported for financial rather than clinical reasons, sometimes even upping the recording to get maximum payment from an insurance company or the government rather than reflecting the true diagnosis or treatment.

Having the disease history come mostly from the patient has problems: Humans do not often have great memories, and patients don’t usually know medicine that well.

There is also usually a care plan developed by the physician for an encounter. If a patient sees different physicians for the same medical condition, then there could be inconsistent care plans or even contradictory ones.

Rather than having a patient’s medical records, what is often most useful for a physician to have is summarized medical information about a patient, such as a complete list of medications taken, allergies, current orders, significant health problems, etc. If a patient is seen at one medical organization, it may be possible to have such a summary from an automated system that the physician can trust, but if the patient is seen at many different organizations, then the information is not reliable. Physicians most often assume that they have incomplete information and start from scratch during each encounter to create a summary.

Interoperability enables a patient’s medical records to be gathered from outside medical organizations where the patient has been seen. There are a number of problems with interoperability: Instead of one pile of hard-to-read medical records, you have more than one, and there is no guarantee that the patient has not been seen at other medical organizations.

Big data currently is a process of collecting information from all these medical records, comparing the information for a patient to information for similar patients, and trying to give a physician information on the best care in the future for the patient based upon care and outcomes of these similar patients. The problem is that medical records contain a lot of misinformation (e.g., tentative diagnosis), inconsistent or lack of biomarker data to make comparisons and assumptions about causation that may not be based upon statistical and epidemiological principles and can include biases and correlation without causation.

For an example of correlation without causation, in one class I took, it was shown that one’s longevity was highly correlated to the number of vitamin C pills one consumes. But this does not prove that ingesting vitamin C increases longevity, as the richer and more educated people take more vitamin C pills, and such people are generally healthier and live longer. So if you give vitamin C pills to poor people, it will not help them live longer.

I contend that determination of what outcomes are likely to result from particular medical decisions is hard to determine using big data based upon the current medical records alone, due to unreliable information in medical records, due to non-recording of the necessary information and useless correlations.

Artificial intelligence could be useful, but it also could be unreliable. I attended a class where they discussed their use of artificial intelligence to evaluate X-rays for possible breast cancer. They were training the system by having radiologists identify when breast cancer may and may not be present. What was not done was looking at outcomes of later tests — to identify that breast cancer actually has occurred — to eliminate false positives and false negatives.

I had a situation where artificial intelligence possibly provided an incorrect diagnosis based upon bad data. While I slept, I hooked myself up to a sleep apnea machine with a sensor on my sternum to record vibrations. I decided to listen to a song on my cell phone and accidentally put the cell phone on my sternum. On returning the machine, I included a note about this situation where bad data was collected. They had a report printed out anyway based upon all inputs. I assume they did not know what to do to correct any bad information, as the artificial intelligence information for sleep apnea was a “black box” to them. And they won’t know how to make any corrections. Therefore, I am very wary about their results that I had sleep apnea.

One reason for the new popularity of artificial intelligence is cost savings. Algorithms replace high-cost professional medical personnel. However, if medical personnel is taken out of the loop, then a seldom occurring medical condition or input of bad information may result in a bad diagnosis and even possible harm to the patient.

Michael R. McGuire is the author of A Blueprint for Medicine. 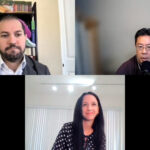 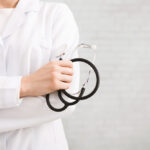 Tagged as: Health IT, Practice Management