I am a 38-year-old board-certified OB/GYN. I have been married to my husband for 12 years. I am the mom of two young boys. I drive a Subaru.

In short, I am the complete opposite of the demographic that rules TikTok.

Never heard of TikTok? It’s OK – until recently, neither had I.

TikTok is the fastest growing social media platform that seems to have exploded overnight. The app, which is famous for its 15-second videos that often feature lip-syncing to popular songs, is mainly frequented by the under-24 crowd.

The main users are teens, and those under 24 years old. And there are a lot of them – with over half a billion total monthly users worldwide.

So why then did I, an OB/GYN who is far from the everyday target of TikTok, feel the need to join?

Plain and simple: I wanted to go where my audience is.

You see, I am passionate about women’s health and spreading evidence-based information. My main platform is Instagram, where I post almost daily about myth-busting or women’s health or how to be a mom and a doctor and find balance.

There is so much misinformation out there, and I – along with many other InstaDocs – want to drown out the pseudoscience and the garbage that so many wellness “experts” put out there.

Other physicians who I know online were jumping onboard, and telling me it was the next big thing. I smiled and nodded but resisted … until I realized that teens who need to hear about birth control and sexual health are spending hours on TikTok – so why wouldn’t I go there?

My first post was pretty benign, but included words like “sex” and “pelvic exam” and “birth control” – and it was quickly censored and removed. I inquired as to why this was under review, but never heard back from the company. In the meantime, a reporter from The Daily Beast contacted me about why I felt the need to be on Tik Tok – and I realized people were paying attention. After I reposted the video, it somehow made it through.

As of this writing, that video now has 3.5 million unique views.

The comments on it range from “Thank you for being here to set the record straight,” to “Yes! Please keep doing what you’re doing!”

And so, that’s how I became a TikTok Doc, despite my initial misgivings.

Is TikTok the magic bullet to fixing the ridiculously high teen pregnancy rate that we have here in the United States? Probably not. Will it ever replace a face-to-face relationship with a physician? No. But if it helps a teenager feel more comfortable about making a gynecology appointment to discuss birth control, then I’ve made a difference.

We as physicians need to meet our patients where they are at … even if it makes us uncomfortable at times.

And even if it means I use a Britney Spears song to bust IUD myths.

Jennifer Lincoln is an obstetrician-gynecologist and can be reached on Instagram at @drjenniferlincoln and at her self-titled site, Dr. Jennifer Lincoln.

There is always that one patient 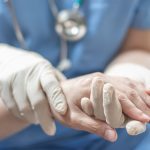 How to overcome the gaps in behavioral health 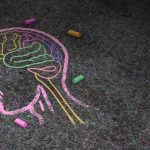