By the time my father’s metastatic prostate cancer was diagnosed, he was already experiencing symptoms of poor appetite and weight loss, which grew progressively worse following his first hospital admission. As his nutritional status continued to decline, the protein level in his blood decreased, causing significant fluid buildup in his legs and abdomen. During his hospital stays, we consulted with dietitians who created individualized meal plans of nutrient dense foods to help my father maximize the nutritional value of every bite. However, this did little to help the months of cumulative malnutrition, because he was barely able to eat, the enlarged lymph nodes and worsening fluid buildup in his belly were putting pressure on his digestive organs, causing nausea and early satiety. Eventually, doctors recommended a temporary nasogastric feeding tube to deliver a nutritional formula directly into his stomach. Unfortunately, the feeding tube caused ulcers in his stomach and esophagus. It was removed, but an alternative solution was not provided.

Weeks passed, and my father ate progressively less. He grew weaker, and his edema became increasingly debilitating. Our requests for alternative nutritional support, such as intravenous nutrient delivery, were denied on the basis that the risks were too high. In cancer patients with uncontrolled disease, intravenous nutrient delivery is thought to “feed the cancer” and hasten death. Doctors who were advising us against such intervention were basing their opinion on my father’s apparent uncontrolled disease status. They saw his rapid deterioration and concluded that there were no treatment options left and that, ironically, nutritional support would shorten whatever little time he had left. It was only after I demanded proof of treatment failure that a new CT scan showed, to everyone’s surprise, that his cancer had begun to regress — his lymph nodes were stable, and there was significant tumor shrinkage in his liver, in response to an earlier injection of a hormone-blocking drug.

His medical team had underestimated the effect of ongoing malnutrition and mismanaged infection on my father’s physical deterioration and overestimated, without proof, the degree to which my father’s cancer was progressing. Because they had already classified him as palliative, their philosophy was that there was little hope of treating him and that all they could provide at this stage was end-of-life care. They were no longer providing the same type of active care that was afforded to patients who they considered treatable and the decisions they made from this viewpoint shortened my father’s life.

To make matters worse, he was battling severe inflammation and sores in his mouth and throat, which developed after his first and only round of chemotherapy, making eating and swallowing extremely painful. For over a week, the only treatment he received was mouth rinses and pain relievers, which did little to heal the sores or alleviate his pain. I insisted that his mouth and throat be swabbed for bacterial and viral testing. The results came back positive for herpes (cold sore) virus, which is often reactivated in immunocompromised patients, particularly those undergoing chemotherapy. Doctors prescribed intravenous antiviral medication, which at that point held little hope for clearing the infection because of the delay in starting treatment: Another missed opportunity. Shortly afterward, doctors restricted all food and water intake because my father’s swallowing reflex had become so weak from underused throat muscles and generalized weakness that he was choking on whatever little he tried to get down. Doctors gave my father several weeks to live. He continued to fight for a brief time after the prognosis, before accepting that he had lost the battle. “They brought me to my knees,” he told me.

Ten days after my father’s passing his new grandson, his namesake, arrived. Broken and bittersweet, we gathered as a family to celebrate Life, our shattered pieces coming together like a kaleidoscope — never again in the same way but beautiful nonetheless. Between the mirrors of our grief, we each reflected pieces of one another’s suffering, pieces of our own personal suffering, pieces of my father’s suffering, and pieces of the resolve to move on with the earth-shattering strength that he inspired in each of us. As we raise a toast to my father, I look around, breathe in the moment and think: Courage. Lives. Here. 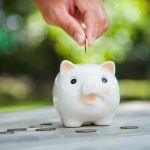 The problem with high-potency marijuana 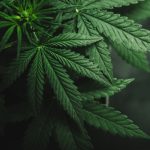