Depending on our unique perspective, we’ve each digested everything that’s happened this year our own way. My perspective is of a Black, female physician (the mighty 2 percent) – among other things. Those three descriptors have put me in the middle of the two main headlines of 2020: COVID and the Black Lives Matter movement. To most, these two are seemingly mutually exclusive issues our country is entangled in. I, however, see a connection between two of the main entities and their roles to protect and serve the people– physicians and police officers.

Of course, there is a long list of differences between the two. One of the main differences that likely jumps to mind is that police officers risk their lives in their line of work. And while nothing physicians do will be as scary as being face to face with a criminal, COVID has brought a curveball to our daily duties. Don’t get me wrong, COVID is no gun in your face, but it is an increased risk to not only ourselves, but our vulnerable families and friends. Nonetheless, whatever kind of risks we face, we have to keep showing up to work and doing our work properly. Most importantly, no matter the risks, we both should be held accountable for the populations we are tasked with protecting.

When a patient walks into a hospital, they do so with the assumption that they will be taken care of and will go home healthier than when they arrived. If they’re getting surgery, there is a long list of consent forms they need to sign that lay out all the things that could go wrong, including death. The consent forms are there to protect physicians to an extent, but they don’t take away the accountability of life preservation and non-maleficence as regards the outcomes. Regardless of if poor outcomes are accidental or due to a lapse in judgment, the physician is still held accountable – a suspension, decreased privileges, lawsuits, or their license taken away. Because at the end of the day, we all took an oath to “do no harm.”

Let’s go back to the example of the patient going through surgery. That patient will be checked and rechecked from admission with their name, type, and site of surgical procedure confirmed by multiple people on the team pre-operatively and intra-operatively before the first incision is made. This redundancy is done to assuage the possibility of 1/50,000-100,000 cases of surgery complicated by the wrong person, the wrong site, or the wrong procedure. A major change to the routine due to a small percentage of negative outcomes due to human mistake.

I’m going to try to say this as calmly as possible – why can’t the police be held to the same standard when they “accidentally” kill someone?! I am not going to hide my stance for the Black Lives Matter movement and against police brutality. But even without delving into the idiosyncrasies of racism in our society, I don’t understand why physicians and police aren’t held to the same standards. Even before COVID plastered the term “frontliners” everywhere, I saw both our jobs as two sides of a similar coin: protecting our community.

Again, I understand – at least, superficially – the day-to-day dangers of police work. Unfortunately, that is a clear downside one signs up for when taking the job. Just like I signed up for 12+ years of school/training, 80-hour workweek, ungrateful (sometimes physical) patients, and now the risk of catching COVID-19. But that is beside the point; these aren’t the Olympics of who has it worse. Instead, it’s about how, despite our sometimes impossible job requirements, we are still held accountable to our goal of serving and protecting. When I am on my 22nd hour of a 28-hr shift doing a stat C-section, I will still be held accountable if I make a fatal mistake. That patient’s husband and newborn expect a live patient by the end of my operation – no excuses. No matter the circumstance, I have to be so good at what I do that exhaustion, stress, fear, or whatever excuse I can come up with are still not enough. Even if my fatal mistake is understandable, there will be consequences. Yet apparently, three cops protecting the community of supposed drug distribution can walk into a home unannounced and kill an innocent sleeping woman—emphasis on “unannounced” or on “kill” or on “innocent” – your pick. And the irony that their victim was in the medical field is not lost on me. Because if she had done the same, she would have been held accountable.  Where, then, is their accountability? The excuse that her boyfriend – who thought they were being burgled – shot first is not enough. The excuse that they thought that is where the suspect was, is not enough. No single excuse is enough for doing their job so incorrectly that an innocent person ends up dead.

Breonna Taylor is an easy example within the BLM movement to give because no amount of excuses can add up to killing an innocent person in their sleep. But really, any of the hash-tagged names deserved to be treated the same. Racism and implicit bias exist in medicine as well, leading to inequity of care, but this isn’t just about someone being treated unfairly or slightly wronged. This is about death. Lives ending and no accountability. This isn’t about good vs. bad cops. Because there is no good vs. bad doctor argument where physicians are repeatedly getting away with murder. To err is human, true, but when mistakes are repeatedly made leading to death, there need to be consequences. Hence the example of the universal protocol to prevent wrong patient/wrong site/wrong procedure events. Slaps on the wrist are not enough.

But even if we weren’t talking about Breonna Taylor. Even if we were talking about one of the men who later turned out to be a serial domestic abuser and rapist, shooting them to deescalate an unrelated situation is still wrong. Police are supposed to end crime while working with a team – detectives, lawyers, judges, etc., but are currently taking things into their own hands acting as judges, juries, and executioners. I am an OB/GYN (in training), not a urologist or general surgeon. If I am in the operating room and run into trouble with the bladder or bowel, I call them. Trying to take care of things beyond my training is dangerous, and I would have to answer for the resulting morbidity or mortality of the patient. We have an entire set of intimidating sessions in medicine called morbidity and mortality) for that very reason: accountability.

In summary, let me say it again in case I am not being clear: Hold the police accountable. Until then, we are all going to need a consent form that says any interaction with police could end up in your death, especially if Black.

Camille C. Imbo is an obstetrician-gynecologist.

Facebook has become a dangerous platform for misinformation. Or has it? 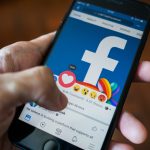