Most physicians are increasingly forced to grapple with the problem of shortages in generic drugs. These are drugs for which the patent has expired and any company can make them. Certainly for those of us in the PICU it is a chronic problem because the majority of drugs we use are injectable medications that have been generic for many years. Hardly a week goes by I don’t receive a notification from the hospital pharmacy there is a nation-wide shortage of multiple vital drugs. On occasion, we have been down literally to our last vial or two of a key drug. Hospitals often have to scramble to find them and sometimes share with each other. Injectables, medications we give intravenously or intramuscularly, are a particular problem because production costs are high compared with just making a pill or capsule that can be put in a bottle.

There are companies that specialize in making generics, but there are fewer of them than previously. This raises the possibility of price gouging when only a couple, or even one company markets a drug. Patients who need the drug may be forced to pay enormous prices if the company jacks up the price. There was a big media splash when so-called “Pharma-Bro” Martin Shkreli started a drug company and obtained the license to market pyrimethamine; he then raised the price from $13.50 to $750 per pill. This is an old drug to treat parasites, rarely used these days, with one main exception: immunocompromised patients with infections from toxoplasmosis. For them, they’ll die without it. (Shkreli himself ended up going to jail for fraud related to something else.) Besides financial shenanigans, it’s also easy to see what could happen if only one or two facilities are making needed medications and their production facility goes down. This recently happened with makers of intravenous solutions, which are heavily concentrated in Puerto Rico. Hurricane Maria in 2017 devastated production and it’s still not back up completely.

Medications, especially generics, are vital to our medical infrastructure and our current system is not the best way to ensure a steady supply. A recent opinion piece in the New England Journal of Medicine discusses the problem and suggests an innovative solution. The authors’ idea is to create nonprofit entities with the mission of marketing generic drugs. Their profits, rather than going to stockholders, would go to production costs:

A nonprofit generic-drug manufacturer, which cannot sell equity shares, can initially be funded by philanthropic contributions. It can contract with existing manufacturing facilities or, if necessary, establish its own facilities and rely on guaranteed purchases by institutional partners, such as hospitals, health plans, and government agencies. These institutions, which need uninterrupted access to generic drugs and have a financial incentive to purchase them at reasonable prices, will provide a stable revenue source for the manufacturer.

Institutions such as hospitals can predict with good accuracy what their needs will be for common generics and could enter into contracts with producers to guarantee minimum purchases. This would protect the nonprofit from going under if a for-profit company were to start making the drug, then drastically drop the price to drive the first company out of business, then raise the price again; such a thing has happened in the past. The governing board of such a nonprofit could include some of its major clients, ensuring the company adhered to its core principle of producing generic drugs at an affordable cost.

In fact, such an entity is already underway, called Project Rx. It consists of a consortium of hospitals and health plans. The members are some big players, including Intermountain Healthcare, Trinity Health, and the Veterans Affairs system. The authors conclude:

The complex nature of market failures for generic drugs implies that a single alternative business model cannot address all aspects of this problem. We believe that Project Rx may drive other nonprofit and for-profit manufacturers to enter generic-drug markets, compete among themselves, and collectively improve market efficiency and broaden access to generic drugs.

I find the proposed scheme to be innovative and workable. I wish the Rx Project well.

Christopher Johnson is a pediatric intensive care physician and author of Keeping Your Kids Out of the Emergency Room: A Guide to Childhood Injuries and Illnesses, Your Critically Ill Child: Life and Death Choices Parents Must Face, How to Talk to Your Child’s Doctor: A Handbook for Parents, and How Your Child Heals: An Inside Look At Common Childhood Ailments. He blogs at his self-titled site, Christopher Johnson, MD.

Becoming a doctor is the epitome of delayed gratification 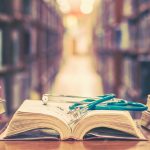 A surprising way to connect with the most difficult individuals 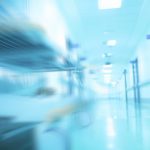