In a moment of caffeine-depleted delirium, I volunteered to head the creation of a “notes committee” for my 80-member hospitalist group.

I placed myself on a 72-hour hold and quickly established a group consensus: “Bloated notes are a huge problem and a time suck. I’m glad you [rather than me] are working on this. My notes are fine, though. It’s other people’s notes that are bad. Other people’s bad notes are most irritating on transition days like Monday or Saturday. We should fix this.”

From a charting standpoint, the sins of commission easily outnumber the sins of omission. Our group’s progress note template begins with a summary that eventually becomes the narrative for the discharge summary. Most of the time, most of the important stuff is in there. It’s just obscured by what data scientists technically describe as “oodles” of no-longer-relevant details. Like a package of cheap ramen, the single cube of chicken meat is in there. Your job is to find it.

Why do we do this to ourselves? Why do we keep simply adding details to a note rather than subtracting the no-longer relevant ones?

A study in Nature suggests that it is our nature. Humans have a proclivity for additive solutions rather than subtractive ones.

Researchers from the University of Virginia’s psychology, engineering, and leadership, and public policy departments performed eight different experiments to see if (and under what circumstances) humans have a penchant for believing more is more.

Their research showed that subtractive solutions are not unthinkable, but they are thought of much less often. They can be increased by reminders and cues. The more time or prompts that study participants had to consider subtractive solutions, the more they used them. Not surprisingly, when we are busy we default to factory settings, to the instinctive. Similarly, when researchers increased the cognitive demands of a puzzle, it made additive solutions more likely, and subtractive ones less so.

A piece in Scientific American (“Our Brain Typically Overlooks This Brilliant Problem Solving Strategy”) reviews the Nature article and opens with an example of the simple elegance of subtraction: the pedal-less “balance bikes” little kids are using (instead of a tricycle or training wheels) make it easier to balance without the pedals being in the way, or the training wheels providing limited feedback data. Could writing a concise and clear summary be as easy as riding a bike?

This research showed me that in recklessly accepting the chairmanship of the notes (improvement) committee, I had agreed to take on human nature itself. I asked our group’s executive committee for a hazardous-duty stipend but was turned down. The rejection letter was commendably terse — “denied” — so what could I say?

Craig Bowron is an internal medicine physician and can be reached at his self-titled site, Craig Bowron, MD. 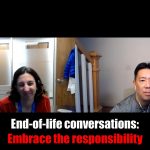 A patient's perspective on genetic testing 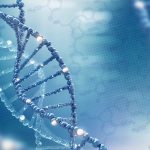