I have been writing of late about recent developments in the opioid saga. My first piece talked about a fresh decision in California’s seven-year-old The People vs. opioid pharma case. The next one focused on how the middle-man, distributors, contributed to the epidemic’s picture.

Now, I wanted to write an overarching piece hitting some astounding highlights that summarize the opioid crisis through its decades-long lifespan. It just so happens that some of these highlights involve numbers and dollar signs.

In 1996, FDA director Curtis Wright led the approval of Oxycontin for pain, including “moderate” pain and non-cancer pain. The FDA allowed the Oxycontin label to say Oxycontin was “believed to reduce the drug’s abuse liability.” The FDA allowed the manufacturer, Purdue Pharma, to include a “misleading” chart that made it appear Oxycontin was less addictive than it was. The next year, the manufacturer hired Curtis Wright for $400,000 a year.

Number of prescriptions anticipated: In 1996, Richard Sackler of Purdue heralded oxycontin’s launch by saying there would be a “blizzard of prescriptions” for it that would “bury the competition.” A “blizzard” might not be an exact number, but the thing that’s not fuzzy about that is that the company expected the sales number to be high.

Number of deaths from prescription drug overdoses in 2000: 3,785

Fines: In 2007, Purdue Pharma pled guilty to a felony of “misbranding” Oxycontin. The company paid $634.5 million in fines for the felony. This included the tenets that they falsely represented its risk of addiction & abuse potential and used these distortions in their marketing.

Three company executives faced potential felony charges, including conspiracy to defraud the United States for continuing to market oxycontin as “less prone to abuse” and “less addictive” in the face of knowledge otherwise. The charges ended with a settlement. The execs pleaded guilty to a misdemeanor, paid fines, and performed community service.

Matthew Murphy, a former DEA official, remembered a meeting with the president of a drug company who “put his hands up and said, ‘You got us. What can we do to make this right?'” Murphy had heard the same thing from another kind of “drug dealers” in his work with the DEA. But, he said, the heroin and cocaine traffickers didn’t wear class rings on their fingers from prestigious universities.

Other fines: Over a ten-year span, a total of 14 drug firms accumulated $425 million in fines.

For example, some of them (e.g., one for $32 million in 2008) involved filling blatantly suspicious orders from online drugstores. A DEA investigator called this “the cost of doing business” for the profitable drug firms.

Lobbying costs: The drug industry spent $102 million lobbying Congress between 2014-2016. Over a quarter of a million dollars went to just two U.S. Congressmen (one Senator and one U.S. Representative) who aided and sponsored the bill that weakened the DEA’s power over the opioid drug industry (The bill that became the “Ensuring Patient Access and Effective Drug Enforcement Act.”)

The number of DEA officials as of 2017 that left the DEA to go to work for the addictive pain drug industry: 42

These included lawyers and diversion officials. Two U.S. deputy attorney generals joined the drug industry’s ranks. Most of these former DEA employees went to work for the pharmaceutical industry and their related law firms within weeks of leaving the DEA.

These former DEA officials knew all the weak spots of the DEA. This helped the industry time after time. Jonathon Novak, a former DEA lawyer, summed up the milieu of the DEA in the face of the opioid biz hiring machine. He said sometimes some of his DEA colleagues appeared more concerned with pleasing the opioid industry than in doing their DEA jobs. He explained they seemed to focus on campaigning for a career for themselves with these companies.

He said, “It was not just one person who left the office; everyone started to leave. That’s your payout. You do your time, and more and more people were auditioning for the industry. It stopped us from doing our jobs.”

Cost to society: According to the CDC, during the year 2017, the cost of the opioid epidemic to U.S. society equaled $1,021 billion dollars.

That is over a trillion dollars, a.k.a., 12 zeros. On top of that, the DEA has been deluged with excessive administrative costs (i.e., taxpayer dollars) over the years due to higher and higher restrictions placed on the DEA when trying to sanction drug companies.

A founding family’s worth: As of May of 2021, the Sackler family was still worth over $10 billion.

In August 2021, under oath, Richard Sackler denied that his company or family was in any way responsible for the epidemic. His son said the family would not agree to a bankruptcy settlement without guaranteed immunity. This is so even though the Sackler’s Purdue Pharma company pled guilty multiple times to federal crimes in regards to opioids. The company’s bankruptcy money, still up in the air, is largely slated for use to abate the crisis and aid the affected communities.

The number of high-profile philanthropies that told the family keep your name and your money to yourself: More than a handful to date

Rebecca Thaxton is a family physician. 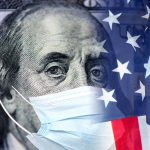 I go on because I must: for my patients and for my children

Breaking down the real cost of the opioid epidemic
5 comments