A gastroenterologist client of mine in Florida is very business savvy. From the beginning of our 12-year relationship, we planned to include real estate as part of his overall diversified portfolio alongside the equity investments in his retirement account.

Slowly but surely, with the savings leftover after deferring the maximum amount he could into retirement plans, he built up portfolios of real estate for income purposes that included buying an office building for his own practice where he paid himself rent while leasing part of the office out to another tenant. His real estate portfolio was finally substantial enough to generate enough passive income to allow him to slow down if he wanted to.

Things looked great until most of the property was reaching the point of being paid off, and the rental income was becoming a taxable income at a rate high enough to push him into the highest tax bracket. While the success is good news for the client, we both wondered if there was any way to lower his real estate income tax.

Looking for solutions, we discovered the value of a cost segregation study to his portfolio. Using a cost segregation analysis, in just the last year, my client could wipe out the effects of his passive income and a portion of his active income. Most self-employed physicians are in a similar situation as my client, where they own their practice or have an investment in a surgical center or a dialysis unit from which they receive a monthly income. Cost segregation can be a viable tool for investors who have significant amounts in real estate.

So, what is cost segregation?

To put it simply, cost segregation is a method of lowering the amount of taxable income of a property by accelerating the depreciation rate by looking at it in components rather than as a whole. Depreciation considers the loss of property value due to normal usage over time, allowing the owner to write off more of it for taxes. The usual depreciation rate for residential property is 27.5 years, and it’s 39 years for commercial property. Only property that is not a primary residence can have depreciation applied for tax purposes, but since retail and commercial spaces can benefit from depreciation, it makes sense to take a closer look at how to make the most of it. Regular real estate depreciation takes the value of the entire property as a whole during the depreciation period—to gain a larger benefit, cost segregation may be the key to maximum tax savings.

How does cost segregation work?

To accelerate depreciation and shorten the regularly specified period, this strategy depends on a cost segregation analysis. This study is required to begin the cost segregation process, and it examines the property in terms of its components, which may include computers, electrical systems, piping, carpets, or other specialized equipment, depending on the property type. Each component is analyzed against its own depreciation time frame rather than being included as part of the whole property with its lengthy depreciation period. The shorter depreciation periods for these elements, which can be as short as five years, result from the elements being reclassified as personal property. According to the analysis results, for owners paying taxes on the property, this means writing off more. With lower taxes paid on the property, the increased cash flow and reduced tax liability are obvious benefits. The Tax Cuts and Jobs Act of 2017 increased the benefits even further.

The TCJA reform made a change to bonus depreciation, allowing businesses and individuals to deduct a certain percentage of asset costs during the first year they’re placed in service. Previously this only applied to the new property, but now used property is eligible as well. Through 2022, the percentage is at 100 percent rather than the 50 percent at which it had been set before the tax reform.

Let’s look at an example: Consider a taxpayer in Florida who purchases an office building worth $1 million. Immediately after the purchase, they have a cost segregation analysis done on the property and, as a result, have 25 percent in advance depreciation. The assets that have been reclassified will now have a shorter depreciation schedule, and the taxpayer can also apply bonus depreciation in the first year. Overall, they will be able to write off $250,000 of that $1 million purchase price. With this strategy in place, a taxpayer with a 35 percent marginal tax rate would save $87,500 in taxes that first year. This amount can be used to write off any passive or active income, depending on how the office building’s income is classified for tax purposes.

How much does a cost segregation study cost, and how long does it take?

The answers to these questions depend on the property itself and its size. A typical cost segregation study is priced between $3500 and $7500 per property. The analysis itself can take some time to complete as it requires an engineer to examine the property in detail. The usual completion time is approximately 1-3 months.

Is it possible to still get cost segregation benefits for tax year 2020?

To get the deduction for 2020, a taxpayer would need to complete the cost segregation process before the tax filing deadline.

Is there a downside to cost segregation?

In cost segregation, the land value must be subtracted as it cannot be considered in the study. Furthermore, the basic concept is an acceleration of depreciation. Depreciation, by its nature, lowers the purchase price of the property, so if the owner decides to sell the property within a short period of time, they will have to pay more income taxes on the property as the cost basis goes down. Therefore, in the case of an individual not intending to hold onto a property long term, cost segregation would likely not be a good strategy to pursue. There are ways to avoid this issue, however, such as a 1031 exchange. An owner who did cost segregation and then sold the property via a 1031 exchange to a like property would avoid recapturing the depreciation during the sale. Lastly, there is also the consideration of the amount spent on the study itself; in some cases, the tax savings might not be worth the analysis’s cost.

Properties that qualify for accelerated depreciation to reduce tax liability can hugely benefit physicians who are also real estate owners, as the strategy can increase cash flow and lower both passive and active income. However, because of the associated costs and considerations, it’s a good idea for taxpayers with real estate interests to consult with experts, including financial advisors and tax professionals, to see if a cost segregation study and the potential results would be a good addition to the tax-saving strategies they have in place.

Syed Nishat is a partner, Wall Street Alliance Group. He can be reached on LinkedIn and on Twitter @syedmnishat. He holds the FINRA Series 7, FINRA Series 63, and FINRA Series 66 licenses, along with licenses for life, disability, and long-term care insurance.

Why your friend should never be your doctor

A physician's response to anti-Asian racism 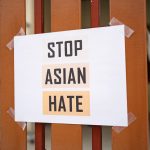