That health care in the United States is wildly expensive is beyond debate — but the actual numbers are almost beyond belief. In 2010, for example, health care costs amounted to $2.6-trillion. By 2020, those costs had risen to $4 trillion — an increase of more than 50%. Worse, such increases show no signs of slowing.

Health insurance premiums, out-of-pocket expenses, and direct government expenses all add up to a nearly $12,000 per person cost-per-year — every year — to keep us healthy. That is 77% more than Germany, the world’s third highest spender. (Switzerland is second, slightly higher than Germany, but the latter is a better comparison.)

The economic and psychological burden on families is significant and often tragic. The cost to companies makes them less competitive and their goods and services more expensive for all of us. And the impact on state and federal budgets is becoming catastrophic.

Political rhetoric often hinders understanding why medical care costs so much more here than in other advanced countries (which, notably, have better health outcomes). Cries of “Medicare for all means socialized medicine” compete with “pharma companies put profits over people.” Thus, any chance to dig into the real drivers of costs is often obscured. But if we are to have any success at all in controlling health care costs, we would be wise to limit the cant.

Health care costs more in the U.S. because we pay doctors far more than any other country. The average doctor in the U.S. earns $316,000 annually, 73% more than in Germany, where it is $183,000. And part of the reason doctors command more here is that there are far fewer physicians per capita in the U.S. than in Germany: 2.6 per thousand population in the U.S. versus 4.3 in Germany.

Perhaps the most significant contributor to health care costs in America is administrative overhead. It is estimated that administrative costs account for about to one-third of the total health care expenditures in the U.S., but only about 17% In Canada, 4.8% in Germany, and an astounding 1.6% in Japan.

It is tempting to say that such staggering sums spent on bureaucracy add little value to actual health care. But there is more to it than that. Many of those administrative costs harm patients and, sometimes, kill them.

Two-thirds of Americans are covered by private health insurance. And virtually all of them are subject to a bureaucratic ordeal known as “prior authorization.” That means that after a doctor prescribes a particular test, procedure or medication, the insurance company reviews it and decides not just whether the plan covers it, but more significantly, whether in its judgment, it is “medically necessary.”

Ostensibly, insurance companies use prior authorizations to fight “waste and abuse.” And that could be a legitimate reason, as fraud by dishonest providers is real. The insurance industry estimates that between 3% and 10% of health care expenditures are fraudulent. Even at the low end, that adds up to real money. Similarly, doctors admit that they order tests largely as defensive measures against malpractice suits.

Securing prior authorizations is a daily ordeal for most doctors’ offices. Doctors report that, on average, they must get insurance company approvals 41 times every week. Of the authorization requests that are denied, fully 73% ultimately get reversed and approved, but the delays cause many patients to abandon treatment.

More significantly, many contested prior authorization requests cause serious harm — even when they are ultimately approved. In surveys done by the American Medical Association, 24% of doctors report that delays in prior authorization have led to serious adverse events for their patients. And 16% report that such delays have led to hospitalization.

“Jennifer” and her family learned that the hard way. Jennifer, a 47-year-old teacher, had pain in her leg and consulted her doctor, who examined her and took an X-ray. Seeing nothing of concern in the films, he prescribed pain killers and six weeks of physical therapy, which Jennifer completed. When she went for a follow-up and complained that the pain was worse, the doctor took a second X-ray, still saw nothing, and ordered an MRI. But when the orthopedist sought the insurance company’s prior authorization for this basic diagnostic test, the insurer said it wasn’t medically necessary and that Jennifer first had to complete six weeks of PT.

The doctor immediately pointed out that Jennifer had finished the PT, and the insurance company had also paid for it. Nevertheless, the insurer said no to the MRI and told the doctor he could appeal. He did, and the insurer finally reversed its earlier denial after 38 days.

The MRI showed that Jennifer had a fast-growing sarcoma in her hip. She immediately saw doctors at Memorial Sloan Kettering who told her, “If you had come to us a month sooner, we would have treated you with just chemotherapy. We’ll still use chemo, but first we must amputate your leg, hip, and pelvis.”

Jennifer died two years later. Her family sued the insurance company, alleging that their prior authorization negligently caused a critical delay in diagnosis and treatment. A federal judge dismissed the case and said while tragic, there was no law holding insurance companies accountable when they allegedly commit medical malpractice. That was up to the New York State legislature to remedy.

Jennifer’s husband is appealing the ruling and has argued that case law and the public interest — if not statute — make his wife’s insurance company accountable. Whether the Second Circuit Court of Appeals agrees, it won’t be decided for months. But the larger issue of whether prior authorizations really root out waste and abuse or merely bolster an insurer’s bottom line bears closer scrutiny. It shouldn’t be dependent on a triple amputation.

Steve Cohen is an attorney. 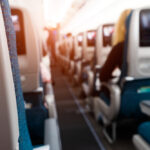