We live in an era of demonization.  Political adversaries are not opponents; they are villains.  Commentary that contrasts with our views is labeled”fake news.”   Presumption of innocence?  R.I.P.  Civil discourse has become a quaint memory.  Why would one debate respectfully when today’s tactic is to talk over and demean your adversary?

On the morning that I prepared this post, I read an article reporting that one of Ohio’s largest insurance companies, Anthem, is denying payment for non-emergency care provided at emergency rooms  (ERs).   In my view, this article was slanted, unfairly tilting away from the insurance company, an easy target to attack.   I think that a typical reader would conclude that the company was greedily trying to claw money away from sick customers.  An anecdote was offered describing a denial of payment for emergency care for abdominal pain that did seem improper, although there were no medical facts provided.

I felt that the journalist did not adequately present the insurance company’s motive and point of view.

Of course, I expect true emergency care to be covered.  And, I do not expect ordinary folks to reliably distinguish between a medical nuisance and an emergency.  Patients are not doctors. But, there should be some standard in place.  There should be a version of a reasonable person’s belief that an emergency is present.

Insurance companies are businesses and must be run responsibly, just like your business and my medical practice.  You may believe you are entitled to every imaginable medical benefit, but someone has to pay for it.

Many emergency room visits are clearly for non-emergent reasons.  This wastes health care dollars, leads to medical overutilization and clogs up emergency departments.

Insurance companies should object to paying for expensive ER care that could have been rendered elsewhere.

A patient who presents to an ER with complaints such as a cough, a headache or stomach distress will likely undergo significantly more testing than would typically occur in a primary care physician’s office without an improved outcome.

Do we expect an insurance company to pay for an ER visit for a splinter?

Do we expect an insurance company to pay for an ER visit to evaluate a child’s cold?

If a patient is offered an appointment with his physician at an inconvenient time, and he opts instead to proceed to the ER, should the insurance company be expected to pony up?

What would our position on this issue be if we were insurance company administrators?

I read (but cannot verify) that $40 billion is spent each year in this country on unnecessary ER care. Do you think there might be a better use for these funds?

It’s easy to vilify corporate America.  The pharmaceutical and insurance industries have large targets on their backs.  But, just because we can hit the target easily, doesn’t mean that our aim is true.

Michael Kirsch is a gastroenterologist who blogs at MD Whistleblower.

Spend less vs. earn more: a debate for medical professionals 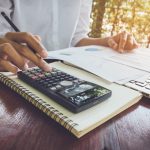 Medicine: How can you not be fascinated by this job? 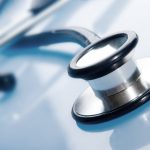