I am certain that many of you might be familiar with the intelligent, vibrant young lady named Brittany Maynard. Brittany’s story was so compelling to the world that it reached the most outstanding and historic numbers through digital media. Ms. Maynard was only 29, diagnosed with terminal brain cancer and decided that she would end her own life “when the time seemed right.” Maynard was an advocate for the legalization of assisted death, and there wasn’t a California law established at that time for MAiD, so she had to move to Oregon.

Although the right to die movement has been around for many decades now, what made a significant impact on this movement is when Brittany Maynard shared her story five years ago. It was when her and Brittany’s husband Dan Diaz partnered with Compassion & Choices, the nation’s oldest, largest and most active nonprofit working to improve care and expand options for the end of life to help get her message out to the entire world.

Maynard’s story was so profound that it resonated with millions of people around the world.

Technology advanced the movement. Brittany Maynard’s story garnered so much interest and made such an impact, that her interview was the most viewed video in People magazine’s history, garnering 16.1 million unique visitors. The story was the largest to captivate a digital audience ever on People.com and for any brand under Time Incorporated. In addition, nearly 54 million people were reached on Facebook’s platform. Brittany Maynard also has a powerful advocacy video posted on YouTube that currently has over 12 million views.

When it comes to Medical Aid in Dying, consumers identify that it is an authentic, progressive agenda of today. Compassion & Choices recently made a statement that the organization frequently talks about expanding end-of-life care options as a consumer movement — that consumers are the ones driving the change.

The Medical Aid in Dying Movement has been around for decades, however, through the power of digital and social media, its message has been able to reach the world’s most influential, significant, and powerful mediums around to raise awareness for such issues. The internet is still in its early stage year, with digital effects and social media platforms like YouTube, Facebook, and Twitter at even earlier stages.

Digital revolutionized the right to die movement, with Brittany Maynard’s story being a key factor to driving today’s growing impact globally. Media outlets and social media have carried out her voice ever since. Today, we are reliant on social media as a key means of communicating to the world, deriving our news, recording our daily lives and relaying our perspectives and viewpoints unlike anything before.

I feel momentum right now in health care and politics is on medical aid in dyings’ side. To date, eight jurisdictions currently authorize medical aid in dying: California, Colorado, Montana, Oregon, Vermont, Washington state, Hawai‘i and Washington, D.C. There are at least 25 states considering aid-in-dying bills this year, according to Compassion and Choices. Social media has delivered profound advancement.

The true cost of being uninsured in America 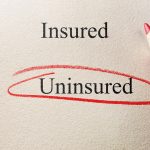 The personal and professional challenges of women physicians 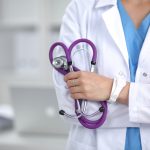