Implicit bias refers to unconscious stereotypes, assumptions, and beliefs held about an individual’s group identity. They affect our understanding, actions, and decisions and increase health disparities. Once learned, stereotypes and prejudices resist change and are difficult to extinguish, remaining as “mental residue.”

People can be consciously committed to diversity and inclusion and deliberately work to behave without prejudice yet still possess hidden negative prejudices or stereotypes. This suggests that diagnoses and treatment may be biased even in the absence of a physician’s intent or awareness.

The consequences of implicit bias in health care can be devastating for patients, causing them to become depressed and feel threatened. Patients report dissatisfaction with treatment and distrust of providers, limiting their access to care and medication.

Learning how to identify and overcome implicit bias is essential to improving health care delivery to diverse populations. Changing people’s belief systems through self-awareness and training on potential biases is critical yet difficult. The key is to learn how to replace biases and assumptions with accurate representations of patients free of racial and ethnic context. One way to do this is to increase opportunities for positive contact with geographically and socioeconomically disadvantaged patients.

Although clinicians may not be able to eliminate implicit bias, it is commonly believed that those who are highly motivated to control prejudice and increase bias awareness can successfully prevent microaggressions from affecting the quality of care they provide.

It’s surprising that no research has been conducted on physicians after they retire when they are no longer forced to maintain a façade or suppress their true feelings. Do lingering prejudices affect their everyday exchanges with the public now that they are permanently off-duty?

I do think it is important to address this question, given the large portion of the physician workforce nearing the traditional retirement age. More than two of every five active physicians in the U.S. will be 65 or older within the next decade. Nearly a quarter of physicians are considering early retirement because of overwork. If they are anything like me — newly retired — they will have time on their hands and seek new social outlets.

My wife and I downsized after my retirement and moved to a large, diverse community. To become acquainted with our neighbors, I would typically ask, “Where are you from?” — only to learn it was a microaggression because asking someone of color or any minority, “Where are you from or where were you born?” could suggest they are not true Americans.

We ordered many meals online as we settled into our new house. Many of the delivery drivers were ethnic and racial minorities with limited English proficiency. Still, I understood them and wished to compliment them. Do I dare say, “You speak English very well?” That, too, is considered a microaggression.

We befriended our next-door neighbors, a young couple born and raised in Manhattan. I was tempted to say, “You don’t talk like New Yorkers,” but alas, this would have been construed as a microaggression.

While on my morning walk, I struck up a conversation with an African American woman roughly my age. I told her I was a retired physician. She told me about her health problems and her noble family physician who saved her life, “He’s a man of God,” she said. I nodded silently. Presumably, she was unaware that utterances proclaiming one’s moral high ground are also a form of microaggression.

I soon established relationships with new doctors to manage my health concerns. One of them, a dermatologist, was born and raised in Honolulu and went to medical school there, according to her biography. So, instead of saying, “You don’t look Hawaiian,” I simply said, “My son lives in Honolulu,” which opened an interesting conversation about her background, albeit one that she initiated.

There are “microaggression projects throughout college campuses,” speech codes and guidelines dictating what is permissible to say and what is not. Critics claim the pendulum has swung too far, restricting the First Amendment right to free speech and the expression of ideas and academic freedom. As the debate rages on, I wonder whether guidelines for microaggressions will become codified at medical institutions, particularly academic medical centers?

I’m obviously interested in microaggressions because I’m a psychiatrist. Freud said, “A man should not strive to eliminate his complexes, but to get into accord with them…” At the same time, he believed unexpressed emotions do not die — they simply “come forth later in uglier ways.”

In addition, I’ve been both a perpetrator of microaggressions and a victim. The former occurred without malicious intent but nevertheless insulted a patient. The latter occurred on the receiving end of a waitress raised in the deep south. “Where y’all from?” she asked, taking our lunch orders. “Where’d ya git those accents?” I felt like an alien from the north.

The most insightful thing I can tell you is that microaggressions are different when you experience them than when you talk or think about them.

Microaggressions can and do hurt. We know this from clinical practice, and most physicians have been taught how to frame their comments with patients (and colleagues) to “do no harm.” Now that physicians are leaving the clinical ranks, their training and education must follow them into civilian life.

Teachings from medical conferences, seminars, forums, and discussions that have identified unacceptable behavior and instructed us on how to be culturally sensitive and inclusive should be applied to our interactions with our neighbors and those we meet in the supermarket and on the golf links.

As long as implicit bias persists, microaggressions will persist, but overcoming them will give new meaning to “preventive medicine.”

Candid about my breast cancer 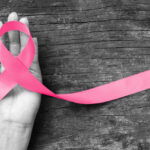 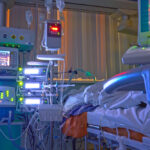 Do microaggressions persist after practice?
6 comments