This article is sponsored by Careers by KevinMD.com.

“Sometimes you want to go where everybody knows your name.” So go the famous lyrics from the theme song for “Cheers,” the iconic sitcom of the 1980s. The name thing can get really personal in medicine — and everyone has an opinion — as evidenced by a plaintive blog posting on KevinMD.

“I work in a place where nobody calls me by my name,” the unidentified contributor wrote. “They all address me by a moniker of their choosing that I have asked them not to use. I have asked them to use my name … The result is that I feel isolated and unseen. I feel as though I am valued for my function first and acknowledged as a person second.”

The doctor, maybe a “Sam” or maybe a “Susan,” waxes poetic about the pitfalls of nomenclature. “There’s a lot of truth to the saying that the sweetest sound in any language is the sound of your name. I’m deprived of that music daily.”

In a later piece of prose on the same site, anesthesiologist Aalap Shah, MD, of Los Angeles, expressed similar sentiments. (This is getting emotional.) “To hear it [the name] culminates in an unparalleled emotional response much as it did for the mothers and fathers who blessed us with our name. And it should not have to take a backseat to a title.”

Still, it sometimes times feels like things are getting progressively more casual. But how important is it to call a doctor by his or her title? It used to be de rigueur, but now more doctors introduce themselves by their first names, even signing the same when they send an email. Other physicians get bent, even offended, if a patient calls them by a first name. After all, there’s a very real sense that after a lot of years, along with blood, sweat, and tears — not to mention thousands of dollars — the title of “Doctor” should not be taken lightly.

Health eCareers asked physicians for their take on this slightly sensitive subject and here’s what they said, no holds barred.

The role of gender

Edna Ma, MD is another Los Angeles-based anesthesiologist. She says her patients frequently refer to her by her first name, even after she’s introduced herself as “Doctor Ma, your anesthesiologist.”

“While I’m not offended by this action, I often wonder if this is due to my female gender or ‘position’ in the operating room,” Ma says. “Frequently the surgeon is perceived as ‘captain of the ship’ and the anesthesiologist is second in command. I do believe that when a patient or staff refers to you as ‘Doctor X,’ they are communicating respect and trust.”

Ma says anesthesiologists’ work has been compared to that of referees at sporting events.

“You only notice them when there is a bad call,” she says. “In other words, patients only remember their anesthesiologist if something goes wrong. In this context I am always slightly amazed that patients would even remember my name at all, first or last.”

Otolaryngologist Inna Husain, MD prefers to be called “Doctor” in professional settings at Rush University Medical Center in Chicago. “When interacting with patients, it helps establish a certain level of professionalism,” she says. “In addition, being a female physician, I find that introducing myself as ‘Doctor’ helps to clarify my role. Most female physicians will tell you about how we are often mistaken for nurses or students.”

The role of professionalism

Cannabis doctor Hervé Damas, MD, MBA of Miami Beach agrees that professionalism is critical, and that the word “doctor” has influence. “This makes it harder for the lines to be crossed or blurred,” he says. “The reason that’s important is because certain patients can become overly friendly, making romantic overtures or making requests that are unreasonable. Use of the last name helps with communication and makes it a little less likely for there to be confusion.”

As a pediatrician and pain researcher and now a businesswoman, Amy Baxter, MD of Atlanta says she’s “a mentor and guide, not a friend.”

“The authority that fifteen years of study gives me is important when I tell a patient something they are afraid to hear,” says Baxter. “Granted, I practice emergency medicine so my rapport doesn’t build over time, but using ‘Doctor Baxter’ both lets patients know I’m not a nurse and that I really, really, really do know what I’m talking about.”

Restorative dentist Richard Winter, DDS, of Milwaukee, is open to either salutation. “Some patients may want to be seen as ‘equals’ since everyone is truly ‘equal’ to everyone else in terms of respect,” he says. “If I ask a patient how they prefer to be addressed, then they get to choose. If they take it upon themselves to decide what I want to be called, who am I to tell them they are wrong? As I always say, they can call me anything as long as they don’t call me late for dinner.”

A first name helps distinguish him from his brother, Bruce, also in his same practice, and from his father, nephew, and daughter, also all in dental practice. “The Winter name has served Milwaukee for ninety-six years,” he says.

“Patients often look at my badge and say ‘Hello Laurence,'” Gerlis says. “I find it mildly amusing. Since they are the patient, this feels a bit inappropriate, but I do not mind at all. They sometimes ask me how I am.”

Originally from across the “other” pond, emergency medicine physician Jack Springer, MD, now of La Jolla, California, says it’s more common in Australia to be called by a first name. He doesn’t usually mind as long as it doesn’t interfere with the therapeutic relationship, which in his specialty is a one-time occurrence.

“As long as casual niceties don’t blur that line, then I’m happy with it,” he says. “If I were a primary care doctor with continuity in care of patients, I would want a first-name basis with them all if they were comfortable with that arrangement.”

First names are just the ticket for neurosurgeon Abhishiek Sharma, MD, in Phoenix. “I personally prefer patients to call me by my first name,” says Sharma. “I can go by ‘Abhi’ or ‘Sharma’ for ease of pronunciation. It allows me to connect with patients as an individual and not merely as a doctor. It also allows me to be a better physician and truly understand the patient’s condition and history.” All of that may ultimately lead to better patient outcomes, he says.

At the end of the day, maybe just don’t take this all so seriously. For integrative pediatrician Joel Warsh, MD, of Studio City, California, it’s possible to find humor in all of this name stuff.

“I usually go by ‘Doctor Joel,'” he says. “I think with kids, it is better to be informal. I prefer for the atmosphere in the office to be fun and calm and ‘Doctor Warsh’ sounds too stuffy for me. Also some people call me ‘Doctor Gator’ because my wife’s last name is Intelligator.”

So, what’s in a name? It depends upon the physician, and for sure, upon the patient.

Stephanie Stephens is a writer, Careers by KevinMD.com.

America has seen medical marijuana before: This is what we learned (and forgot) 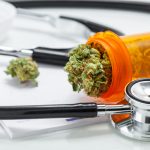 “Doctor” or first name: Which do you prefer?
3 comments