I remember reciting a phrase during my childhood that goes something like this, “Step on a crack, break your mother’s back.” So as I would walk back and forth to school, I would make a conscious effort to avoid any and all cracks in the sidewalks for fear of bringing unwarranted harm to my mother. This was a pretty difficult task to accomplish since in my small hometown, cracks in sidewalks were more the norm than the exception. Looking back, this was a pretty silly thing to weigh down on the mind of an eight-year-old.

Sometimes the stirring of fear within us is a good thing, such as when we hear a weather alert to take cover from an impending storm. It causes most of us to heed the warning and take necessary precautions to avoid physical harm. Merriam-Webster defines the term fear as “an unpleasant, often strong emotion caused by anticipation or awareness of danger.” Most times, if we didn’t feel this emotion, then we couldn’t protect ourselves from things or events that pose a real threat to our safety. It is when this feeling of fear, when there is no real threat, places us into an avoidance mode which can, in fact, be very detrimental.

When I was in my twenties, my mother got seriously ill. It was ultimately determined that she had developed colon cancer which had metastasized throughout her body. She lived only a short time after the diagnosis. Following the passing of my mom, my unrealistic belief that doctors could fix anything vanished. Her illness fell in a time period when there was no hype about getting tested for this type of cancer, and so it went undetected until it was too late.

My mother’s passing weighed heavily on my heart and mind, but with the passage of time, the shadows receded, and the sunlight again shone. I married and eventually started raising a family. During this time period, I was meticulous about keeping all appointments with my obstetrician so that I would hopefully have an uneventful pregnancy and a healthy baby. And I am so thankful that indeed that was the case, not once but twice.

As the years passed, my willingness to have routine check-ups for myself dwindled. Oh sure, if anyone in the family became sick, a visit to the doctor was in order, but for myself, not so much. There was always something else that was more pressing or was more important or so I told myself. Why would I need a doctor? I felt good and I was a pretty active person, so what was the big deal. I developed the art of changing the subject whenever anyone brought up the topic of visiting the doctor.

What I failed to come to terms with was that buried in my psyche, was the fear that I would somehow develop the same illness that my mother had died from. By living in ignorance was, in my mind, the safer approach. What I didn’t know couldn’t hurt me. How wrong I was. So years went by without the usual “checks and balances” of my health status. No blood pressure checks, no cholesterol checks, no cancer screenings, etc. Nothing, nada! There were subtle signs that my body was telling me to get checked out, but I chose to ignore them until the day came when that came to a screeching halt. It was the day I suffered a heart attack and found myself in the hospital with three stents placed in two arteries of my heart. The error of my ways fell on me like a “load of bricks.” I vowed things would be different, and they were. However, I had to “pay the piper,” so to speak, for the many years that I had not given due diligence to my health. In the years following my heart attack, I have had a very sick gallbladder removed, a thyroid with suspicious nodules removed, and a suspected cancerous cyst on my kidney disposed of. So at this point in my life, I find myself with two labels in my record that I never wanted to have: heart patient, cancer patient.

I share my story to possibly raise awareness of how unwarranted fear can play a very detrimental role in one’s life. Can I conclusively say, that if I had paid closer attention to my health, then the above-mentioned health problems would have been avoided? Obviously not, but the odds are that they might have been diagnosed earlier so that they would not have progressed to a more complicated state.

Fear is an insidious force, one that lingers around in the back of our minds. One might not even be aware of its existence or the impact it plays on our decision-making process. I will admit I have not yet reached a “zen” state of mind when it comes to my medical-related encounters, but I have learned a few things along the way which have lessened my anxiety and fear. Firstly, have a “heart-to-heart talk” with a trusted family member or friend whose opinions you value.

Sometimes just the simple act of vocalizing one’s fear helps to somewhat reduce it and put things in perspective. Secondly, find a doctor in whom you can place your trust in and can communicate with. If he/she doesn’t seem to want to listen to your concerns or answer your questions, then move on and find one who will. Knowledge is a key weapon in defeating fear. Doctors, remember your vow to do no harm. When you have to deliver a less than favorable diagnosis to your patient, be compassionate in the manner in which this is done. We, as patients, want the truth but told to us in a manner that we feel our lives matter. And thirdly, but certainly, not the least in importance, is finding security through one’s faith. There is very little in this journey of life that is under our ability to completely control, so I remember to place my trust in the Lord who gives me the strength to endure life’s trials. “let go” and place your trust in a “higher power.”

A wise person once said that life begins where fear ends. How true this statement is, for if we can escape the bondage of fear, a sense of calmness and a semblance of hope can flourish. Life is for living, not for living in the darkness of fear.

Michele Luckenbaugh is a patient. 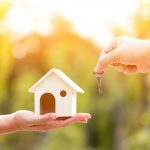 How basic training changed me as a doctor 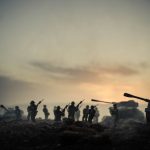