The FDA has given official approval to market eskatamine as a treatment for depression. As expected, there has been great fanfare (press releases, morning TV talk show guests, NPR segments and so on). The news leaves me salty. The esketamine story reveals so much of what is wrong about how we get useful medical science findings into clinical practice.

Esketamine is not a new drug

Esketamine is being promoted as a new drug, as a breakthrough new drug. It’s not.

Esketamine is the left-handed subtype of the very old, very cheap, and very generically-available drug ketamine.

It’s not a new drug. It’s just the left half of what the old drug used to be.

This part that chafes me the most. We’ve known since at least 2006 that ketamine (old, cheap, generic ketamine) rapidly shrink depressive symptoms. The antidepressant response occurs in a matter of hours and can last for up to a week after a single dose.

This fact has been in the medical literature for about 13 years.

There is a 10 percent suicide rate in severe depression. And about half of patients with depression don’t respond to first-line treatments.

There was an urgent (literally life-or-death) need to move generic ketamine into clinical practice. For 13 years, we could have been offering this treatment at scale, saving lives in the process.

The fact that we couldn’t do this speaks volumes.

We just needed a way to get 2006 medical science discoveries into clinical practice in less than 13 years.

Why most patients couldn’t get ketamine for depression

I actually wanted to offer ketamine to my severely depressed and not-medication-responding patients. So, I called my professional liability insurance carrier. They told me: No way.

Absent FDA approval, they said, they would not stand by me if something bad happened.

Even if I were to take the risk of practicing without liability insurance, my patients’ insurance would not pay for it. Patients would have to pay out of pocket.

Professional organizations like the American Psychiatric Association could have disseminated the ketamine story. They could even have lobbied to get insurance companies to cover the treatment and indemnify the clinicians. But nothing happened.

The easy work of developing eskatamine

Even though eskatamine is really just the left-handed half of ordinary ketamine, U.S. patent law allows for eskatmine to be patented.

With patent protection, Janssen Pharmaceuticals could then run the clinical trials necessary to get FDA approval.

From the company’s point of view, this was a triple win. First, they didn’t have to invent a drug. Ketamine was already there. Second, they didn’t have to spend a bunch of money on effectiveness discovery. We already knew that ketamine works and esketamine is really just ketamine. Finally, because of this, success in clinical trials was guaranteed.

So now, Janssen can sell a drug that’s very cheap to manufacture for about $800 per dose.

As a business move, this is brilliant.

As a story about how to quickly move treatments from science to the clinic, it reveals a problem.

Why did it take esketamine to get people to take seriously the use of ketamine for depression?

This is how medicine works in the modern era.

I find this situation tragic because the medical literature is jam-packed with discoveries that can solve clinical problems (often at low cost). Yet it’s a steep uphill battle to get this knowledge into clinical practice.

We sorely need to set up commissions that can review existing data and make FDA-like recommendations about on off-label use of generic drugs and natural products. You would be surprised how many diseases could be better treated if we were to create this kind of process. It shouldn’t take 13 years to get the next treatment from the clinical science journal into clinical service.

Erik Messamore is a psychiatrist and can be reached on Twitter @ErikMessamoreMD and LinkedIn.

After Luke Perry: a greater awareness of stroke symptoms 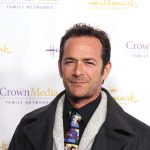 How telemedicine can help patients and solve physician burnout 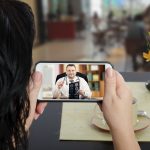 Esketamine is not a breakthrough new drug: Why the nasal spray for depression is old news
2 comments