I’m coming off a string of talks about physician finances and physician empowerment, and despite knowing that physicians are stereotypically financially naive, every once in a while I’ll hear a question that really makes me pause and drives home the need for a better financial education.  The latest came up when I was discussing negotiation techniques, and somebody interrupted me to ask, “When you’re earning a six figure salary, does an extra thousand dollars a month really make much of a difference?  Is it worth ruffling feathers over?”

As physicians, we undergo a ton of education, and if you factor in continuing medical education, it honestly never stops.  However, one area where our education is clearly deficient is in the realm of finances.  A recent poll on the Physician Side Gigs Facebook group showed that nearly 100 percent of members thought that more instruction on finances/business should be taught in medical school.

One of the most frustrating aspects of this that I find is the tendency to look at a dollar as just a dollar, instead of thinking about it in terms of compounding interest.  In the realm of student and personal debt, young physicians don’t realize how a $100,000 debt can take decades to pay back — they think of the six figure salary that they’ve been told they’ll receive after residency is over and believe it’ll be oh-so-easy.  Guess what?  Not so much the case.

On the other side, many of us don’t realize how much a seemingly small amount of money saved via budgeting, received by negotiating, or generated through side income streams can make a large impact on our financial future.  Once we are done addressing student loans, most physicians are in a position to have a strong financial future, but many don’t optimize their potential revenue streams or budget responsibly.  I understand this – at some point you want to just sit back and enjoy the fruits of your labor, after all the opportunity costs of becoming a physician.

I endorse that philosophy.  Self-care is important, and the occasional splurge is reinvigorating and exciting.  But I also endorse being smart about your money, so that you don’t become a victim of lifestyle creep.  That’s probably where you lose your most negotiating power, and the biggest detractor from creating freedom in your life in medicine.

Here’s the difference that making an extra $1,000 dollars a month could have over a 30-year career, whether it be because you negotiated an extra $12,000 into your salary or because you have an alternative income stream.  For simplicity’s sake, let’s say you’re taxed at (a conservatively really high) 50%, and make a (historically modest) 6% return – that’s a little over $500k extra in your pocket when it’s all said and done.  The same could be said for simply saving $500 a month by optimizing something at your practice or containing unnecessary expenses.

What could you do with that money in 30 years, assuming your student debt, mortgage, and kids’ educations are now a thing of the past?  Could you retire earlier, buy a great vacation home, or travel more?  I’m sure most of us could think of a few things.  If this is a new concept, consider checking out Physician On FIRE‘s blog.

Truth be told, I think most of us could find a way to make significantly more than an extra $1000 a month just by being better negotiators, but I’ll leave that for another post.

Still not convinced it’s worth thinking about the ‘little’ things?  We did residency in New York City, and being forced to live on a resident’s salary there was painful, but probably good for us in the long run.  For example, let’s talk coffee.  Fortunately, I’ve never been a fan of anything caffeinated (my dictaphone literally shook in my hand the one time I tried it).  Unfortunately, I’ve learned that fighting my surgeon husband on his coffee habit is a losing battle (seriously, it’s like gas in the gas tank).  Saving grace: he makes his coffee instead of buying it.  According to this site, he’ll save us $131,238.75 over the course of a 30 year career because of this.  If you’re worried you don’t have the time, the ROI on this little indulgence in our kitchen has really paid off, and I highly recommend it!

So please, negotiate hard for that extra money in your contract or signing bonus, think about switching out cable TV for Hulu and Netflix, or develop a side income stream.  Financial freedom goes a long way towards addressing burnout, and certainly creates a lot more career flexibility, as well as the ability to walk away from a bad situation.  That’s priceless. 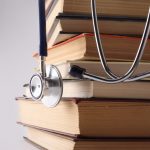 Physician debt: If you don’t measure it, you can’t manage it 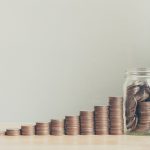