A typical entry-level job in the health insurance industry is that of utilization or peer reviewer, often camouflaged by titles such as medical director and physician advisor. Jobs are advertised with a seemingly attractive and interesting array of responsibilities, but ultimately the core function revolves around applying clinical criteria to determine whether proposed or ongoing treatment is medically necessary. In cases where criteria are not met, the reviewing physician usually needs to talk with the treating physician, and the conversation needs to be managed skillfully.

I quickly learned two things about this type of job. First, a treatment denial was likely to unleash the wrath of the treating physician. This is quite understandable. I was an outsider looking in, second-guessing the treatment of another physician who had an established doctor-patient relationship and who was much more familiar with the patient’s condition and medical needs. Nobody likes to be second-guessed by a Monday-morning quarterback, especially when the quarterback is a pretentious physician at an arms-length distance from the actual treatment scenario.

Sometimes I found it necessary to game the system to adapt. For example, I might have exaggerated clinical symptoms or the gravity of the patient’s condition to gain favor with the utilization review (UR) criteria. I tried to befriend physicians and coach them how to “beat” the criteria. One physician even complimented me by calling me a “double agent,” recognizing I was an industry insider yet still had his patient’s best interest in mind. But this strategy did not last long when company executives realized I was averse to calling my peers and my denial rate was very low.

The second thing I learned about UR work was that it was designed for dummies. Anybody who interfaced with bottom-line oriented computer-generated algorithms and clinical criteria could press the denial lever. A physician’s touch was necessary, however, to do the dirty work. Although UR criteria are allegedly based on clinical consensus and guidelines and promulgated by heavyweight companies, sometimes modified by the insurer, the practice of evidence-based medicine also entails the clinical judgment and experience of the treating physician. Somehow, this axiom seems to have become lost on physicians who have joined their non-clinical brethren in the C-suite.

Our medical education is unique and precious. Why throw it away on a thankless job that only fuels the fire of an internecine war raging in the medical profession – doctors fighting doctors and other providers over geographical turf, staff privileges, and practice autonomy? Battles within the profession only weaken it and portray physicians as indecisive and incompetent in the public eye. Internal struggles invite exploitation by business-minded individuals who wish to purchase our assets and cast us aside or enslave us as employees without the dignity customarily accorded physicians in the past.

You may be thinking there is a legitimate role for managing the utilization of medical services. There is. The question is who should manage it and how should it be managed? Many years after I left the health insurance industry, I did a second tour of duty as a medical director of population health. My role was to provide feedback to physicians about their utilization of hospital, ER, pharmaceutical, and other services and how they performed on quality measures, e.g., HEDIS and CAHPS. Physicians were incentivized to attain certain goals benchmarked against local and national outcomes, and those who were outliers became the focus of attention and analysis. Why was their performance subpar? What resources did they need to improve? Could the insurance company be of any help? Physicians were essentially coaxed to monitor their utilization and become their own gatekeepers.

Straitlaced UR jobs are beneath us. We should not be the marionettes of industry-sponsored puppeteers. I can think of a half-dozen more enlightening jobs than utilization reviewer that can be tailored to any physician who is serious about leaving clinical practice. In fact, Dr. Sylvie Stacy has enumerated 50 non-clinical fulfilling and meaningful jobs for physicians. Ongoing conferences by SEAK and the American Association for Physician Leadership provide further assistance to physicians transitioning into non-clinical careers. I urge physicians leaving practice to continue to use their medical training and wisdom in the service of patients. Are patients not more worthy than profiteering insurance executives?

I'm your primary care doctor. May I take your order? 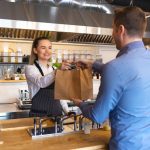