An anesthesiologist at a California hospital pasted stickers simulating a mustache and teardrops on the face of a hospital employee while she was having surgery on a finger.

According to the Los Angeles Times, the doctor said, “I thought she would think this is funny and she would appreciate it.”

And if that wasn’t bad enough, a “nursing attendant” took a photograph.

The patient, who said she had to quit her job because of the humiliation, is suing the hospital and the physician for this confidentiality breach.

The woman who took the photo said she deleted it after showing it to the patient and didn’t post it anywhere. One version of the story is that she texted the photo to the plaintiff.

Others have testified that they saw the image on Facebook although the hospital said that there is no proof the photo was ever posted online. Multiple news outlets, including the Times, have published the photo which was obtained via court documents.

The plaintiff also claims that general anesthesia was unnecessary and only used so that the picture could be taken. The anesthesiologist and some hospital employees were disciplined, but the hospital says the patient has fabricated and exaggerated some of her complaints.

At a deposition, a nurse manager at the hospital testified that in 2009, a sales representative took some pictures of a naked patient in the operating room. The hospital maintained that no such photos were ever taken. But then not only barred that sales rep from its OR, it also established a policy that no cell phones or cameras would be permitted in that area. This was an attempt to rectify a human error in judgment and common sense with a system correction. Obviously, it didn’t work.

There are lots of issues to discuss.

It seems the OR is not a good place for a prank.

Bad ideas. One, pasting the stickers on the patient. Two, taking a photo (without consent). Three, texting it to the plaintiff. Four, posting it on Facebook (allegedly).

The Internet doesn’t forget. Once something is posted it tends to stay there — somewhere — forever.

There is this thing called HIPAA, which contains many strict rules about patient privacy. People have been fired, fined, and even jailed for breaches of patient privacy.

Why didn’t the hospital settle this case, which has gone viral? Do they really think they can win? Have they never heard of the “Streisand Effect“?

The hospital had a policy of no cell phones and no photos in the OR, but it was observed about as well as the 55 mph speed limit. If there is nothing else to learn from this case, a hospital should not establish policies it cannot or will not enforce. Lawyers feast on that sort of thing.

4 myths and truths about milk 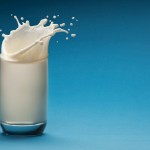