Over 30 years ago, this man began working for our hospital system.

He was assigned to our ICU/CVICU units. Though some health care employees hadn’t even been born yet, Charles was a tried and true “lifer.”

He was our housekeeper. And he was our friend — our family.

He was a man with energy and stamina. He was a hard worker. Relentless. He could spin circles around a pack of 20-year-olds put together.

His corny jokes and stories always put a smile on our faces.

He was always there for us no matter what. And though he came from the housekeeping department, he was a part of our family.

If he saw a nurse crying after her patient had just died, he was there to pat her on the shoulder and listen to her.

He easily talked about football with our technicians and nurses.

He was compassionate and kind.

But his health was failing him, and he put in for his retirement.

We loved Charles, and though we were sad he was going to retire, we knew he needed his rest.

Charles gave and gave. Though he never expected anything from us, it was our turn to give.

On his last day, we presented him with a room full of staff members to wish him well and three tables full of food.

We all put our hearts together and collected a cash gift for him.

As he joked and laughed with us, we presented him with a card we all had signed.

As he opened his card, his eyes grew big and started to water.

Charles was without words, and though he never stuttered, this time, he did.

He dabbed his eyes. He was speechless.

Although this is not a story of bragging rights, it’s a story of a family created at our workplace. Charles was a part of our family.

This is the gift of giving.

I can’t tell you how it lifted our hearts to see the look on his face as he opened his gift.

There is nothing better than the act of giving.

Thanks to all that dared to care.

I know he’s watching over us.

Thank you for your unconditional love.

And for always caring for us nurses, doctors, and assistants.

Debbie Moore-Black is a nurse who blogs at Do Not Resuscitate.

Malpractice may be negative, but its data can generate positive results [PODCAST] 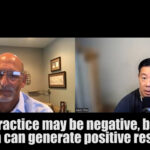 My journey being gaslighted about obesity, skinny fat, and body type 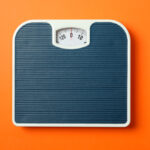 He was more than a housekeeper
1 comments