The space can make a difference.   I had already spent over two years working as a hospitalist at San Francisco General Hospital, and I had become accustomed to the old building and all its challenges.  Fast forward to the end of May 2016 to one of my first shifts working in the new building, a.k.a “The Zuck”: Zuckerberg San Francisco General (ZSFG). Change had never felt so good.

I walked across the bridge connecting our old building to the new ZSFG, which consisted of expansive windows and white beams that outlined the hall. It was a sunny day in San Francisco, and I was able to witness it for a few seconds.  At the entrance, there was a quote etched into the wall: “Be the person who touches the lives and hearts of people. Be a positive light to others as you put a smile on their faces.”  I found myself taking a brief pause and deep breath.  A smile was taking form, and there was no stopping it.

Onward I trudged, only to be greeted by a security officer who looked at my badge, and then said, “Good morning doctor.” I replied similarly and stepped into a spacious steel elevator. As I stepped off onto the 6th floor, different routes presented themselves; I was warned about this and the likely confusion that would ensue. Nonetheless, the room numbers and zones were highlighted with San Francisco themed unit names like “Mission Dolores” and I successfully walked to the zone I needed to get to.  The heavy blue doors which were often manually opened were now beige colored, and badge activated, opened by a mere hand wave.   This might sound trivial given that it is 2016, but let me emphasize that it is not.  The design of the building was doing work for me instead of me pushing my way through everything.   This was a small win.

Now came the real test: How were the actual work floors and units?  What struck me immediately was the lack of noise; it was completely quiet! A brief instance of panic set in and I thought, “Oh my God, I’m on the wrong floor … Is this the morgue?”; but no, I was exactly where I needed to be.  As I walked further around, there was a spacious workstation with an LCD screen showing patient room information and nursing assignments with call numbers.  No more asking unit clerks to page nurses overhead; I could now directly call my nurse which I did quickly and successfully.

The time had come to finally enter my patients’ rooms and see how they were all doing.  I knocked and then with ease opened the door only to find my patient sitting in bed comfortably with the most spectacular backdrop of the city that I had ever seen. The room had ceiling to floor windows that beautifully displayed San Francisco at its finest, and the sunlight poured into the room.

I sat down at his bedside and began to go through my assessment and learn about his concerns.  Now at this point, I would be raising the decibel level of my voice to overcome my patient’s neighbor who was either watching television, or talking to others.  The rooms had no natural light, so room lights always had to be turned on, which was, of course, bothersome for many as some patients were sleeping, and others were not.  The rooms were also filled with walkers, trays, and other medical equipment that were strewn about as there was minimal space, and it ultimately became an obstacle course for staff, patients, and family whenever anyone moved about in the room.

Now with this, all gone, feng shui was in full effect.  I reviewed the plan with the patient, and calmly exited the room.  As I entered the next patient’s room, similar exchanges and observations happened.  I found my mind unburdened by the environment and just focusing on the subject at hand.  My patients too were not being set off by surrounding stimuli; they now had peace and quiet.  I can’t speak to whether this made them feel better, but they definitely appeared to be responding in a more positive manner.

I finally ended that morning with some downtime in one of the new provider rooms to start the lovely exercise of completing my documentation, and again I was struck by the silence in the room.  It was like a library where I actually had the space and time to think about what I was doing.  Every few moments, the design incorporated areas of brief reflection and meditation and I felt more refreshed for it.

Noise and chaos was often the defining feature of our intense environment, and as faculty and staff, we perfected our ability to deliver high-quality care to our troubled and sick patients despite our surroundings.  Now with ZSFG, the people of San Francisco along with our many generous donors have contributed to a building that has shifted the milieu of our work environment.   My patients now have a space that truly honors them in tough times and gives them the space within which to heal.  As a clinician, I now have the space to work more seamlessly and to think and reflect on my work.

Of course, our space is not perfect, and it never will be.   But you have to start somewhere right? So let the healing begin.

Pallabi Sanyal-Dey is a hospitalist.

The worst thing about being an internal medicine intern 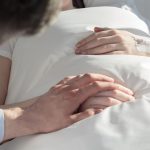 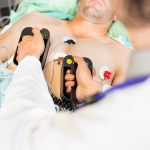 Healing at the hospital begins with peace and quiet
1 comments