The title of Noam Scheiber’s January 9, 2016 New York Times piece on hospitalists, “Doctors Unionize to Resist the Medical Machine,” skirts the bigger issue for doctors, which has less to do with contracts, salaries and labor relations, and much more to do with the question, “Is health care just another business, and if so, can physicians be managed that way?”

I’m a silverback hospitalist, and when I started this job back in 1996, no one, including my colleagues or I, knew what a hospitalist was. In those two decades, my salary has doubled, the intensity of the work has tripled, and the job satisfaction has dropped by a third. I still enjoy my work, just less.

What Scheiber calls “the medical machine,” I refer to as “the system.” For me, the system includes the (excellent) hospital where I work, the 3.6-billion-dollar health care corporation that owns the hospital and signs my paycheck, the payers/insurers who are footing the bill, and various regulatory bodies.

There’s a romantic yet antiquated notion that doctors are at the peak of the health care pyramid. But it’s the MBAs — some of them with MDs — who are in charge now, and the business of health care demands what every other business demands: ever-increasing efficiency. We must all do more with less. Ostensibly this will lower health care premiums for everyone — or just increase profits for the health care industry.

The Oregon doctors highlighted in Scheiber’s piece were seeking representation from the American Federation of Teachers to shield themselves, in part, from a familiar avalanche of care initiatives, algorithms, metrics, etc. Some are easily embraced — hand washing to reduce infection, rapid treatment for time-sensitive illnesses like heart attacks, better discharge plans to avoid readmissions — and some are well-intentioned but misdirected. A metric that measures how quickly an ER patient gets antibiotics for a urinary tract infection, but fails to measure how accurate the diagnosis was in the first place, is akin to judging a hunter‘s skill by how straight they shoot, and ignoring whether they can tell the difference between a deer and the neighbor’s dog. The best way, by far, to prevent hospital readmissions is give me the time to get the diagnosis and treatment correct. How’s that for innovation?

Many of these initiatives are entirely business-related and are communicated to physicians through the electronic medical record. As I exit the patient’s room and sit down at the computer, I would like to have my faculties focused entirely on that patient. Instead, the electronic medical record distracts me with a maze of hard stops, yellow alert boxes, and mandatory clicks that are all part of the cat-and-mouse game health care providers play with health care payers. One particularly irksome initiative asks me to certifiably predict whether the patient’s stay will cross two midnights, the magic hour after which the system changes reimbursement schemes. Or something. Am I a fortune-teller, or a physician?

Without a hint of hyperbole, it’s clear that many physicians feel that their primary task is to satisfy the electronic chart, so as to satisfy the system. When you’re done with that, you might see if you can figure out what’s wrong with the patient and how to fix it. All these “innovations” in the business of medicine have made direct patient care much more difficult.

Nationwide, physicians are burning out under this mounting load of clinically irrelevant responsibilities, each of them foisted on us with an altruistically intoned, “You are interested in improving patient care, aren’t you?”

In fact, we are, but the best response to that question is that although we can do anything, we cannot do everything. One of the Oregon hospitalists’ major grievances was that they were being pressured to assume higher patient volumes, but it is harder and harder to see more patients when the patients are becoming more and more complex. The patients I cared for in the hospital twenty years ago are now largely taken care of in the clinic, as outpatients; and the patients that make it into today’s hospital are sicker than ever. Modern health care advances have allowed us to push patients into extremes of disease and age previously only dealt with by morticians. Asking me to see more complex patients more quickly doesn’t increase my efficiency: it increases my superficiality, and that diminishes a patient’s care.

Scheiber notes that this emotional debate about physician efficiency in today’s high-cost health care environment is often “at odds with the deference traditionally accorded to doctors.” I don’t know any physicians who are looking for deference or genuflection. We are looking for recognition that an ill patient is something more than a paradigm, pie chart, or simple algorithm, that a diseased person cannot be explained simply by finding an insurance billing code for their disease.

What will never be part of the system is the sacred space that I and an ailing patient occupy when I pull a chair to the bedside and commit all of my energy, education, and humanity to listening to and deciphering his or her story. Because becoming ill is a story, an intensely personal one. When we are sick, we descend into our most primal human state, surrounded by the surreal and vulnerable notion of our own mortality, confronted by the fact that the only “skin in the game” any of us has is our own skin.

This sacred space cannot be enhanced by metrics, algorithms, care initiatives, or a new business model cooked up by an accretion of health care administrators. This is a union that the American Federation of Teachers cannot represent.

Craig Bowron is an internal medicine physician and can be reached at his self-titled site, Craig Bowron, MD.

Justice Scalia: Why didn't they perform an autopsy? 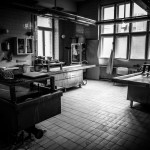 Helpful tips for your first day at a new hospital 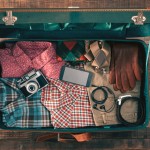 Am I a health care business metric or a physician?
53 comments