Ever wonder what health care really means and why it’s even used? When you’re sick, do you need health care or a doctor? Maybe as physicians, we need to ask the same about the words “health care provider.”

On April 11, 1993, The New York Times editor William Safire commented on the attempt at the time to label physicians as providers:

As a physician, I am somewhat distressed at being called a health care provider,” writes David A. Worth, M.D., P.A., of Union, N.J., “rather than a doctor, a physician or a professional.” He suspects he knows why the new nomenclature is being adopted: “It is easy to regulate providers but more difficult to regulate doctors, as people have a mental picture of their own doctors’ care. Let us not devalue our physicians by terming them providers. This is just one step away from limiting what they say and depriving them of their ability to make professional decisions.

In fact, if you go back 25 years the words “health care” was not in usage except perhaps incidentally in one or two documents. The reason that was that we still had doctors and hospitals and not health care which swallowed up all of medical costs expenditures control and ultimate power. We simply talked about going to the doctor or even having to go to a hospital; once in a while using the term Blue Cross or Medicare.

Once the government, health insurers, and hospitals rapidly began limiting physicians rights and choices as predicted by Dr. Worth to control them, they took over the business of doctoring, and the term “health care” was born.

This meant that the financial benefits and power were transferred from those who actually provided direct care, i.e., the physician, into the hands of these powerful entities.

Physicians were blindsided by the gradual assault of limitless regulations delegating them as mere providers of a runaway health care cartel. So in effect, it’s the government, hospitals, pharmaceuticals, and health insurance companies that have skyrocketed medical costs to our current unaffordable and unsustainable level. There’s no question they did so to enrich themselves and not to benefit our nation; any statements to the opposite would require a trove of facts that simply don’t exist.

Yet, the horse and pony show still masquerades by these powerful entities who would have us believe that health care spending can easily be reigned in by regulating the physicians.

Remember, there is no MIPS or MACRA for health insurers, pharmaceuticals or CMS. In fact, when doctoring was in the hands of physicians, health care ( once referred to as medical) costs were minuscule and shadowed in comparison to current day outlandish health expenditures. An example of gradual physician disenfranchisement is how their clinical judgments alone have become worthless and futile.

In fact, it’s only recently that physician’s services are required to be certified, i.e., approved by health insurers. If not certified, the patient is on their own as the powerless physician looks on.

The fact remains that if we don’t know or remember where we’ve come from, we most certainly will never know where we are headed.

Physicians always had their own innate, hands-on developed experience in controlling finances not only in their own offices but also within the entire nation.

And it is these formidable entities whose runaway administrative and legislative spending that has bankrupted us. All the while they continue to misinform the public with their battle cry of cost efficiency.

We were the pinnacle of global health care before EHR’s (which still lack interoperability or any concrete evidence of beneficial outcomes) were in use. Since they were implemented and billions of dollars later, our national mortality has started to report an increase in the past few years.

There’s an old expression that if you tell a lie long enough it everyone starts to believe it. Unfortunately, physicians are still too busy providing the medical or real care in health care to expose these fallacies which are now so readily accepted.

It would be more than just an insult to our evolutionary intelligence not to recognize, identify and expose the myth that is draining our nation’s resources, rebounding mortalities and burning out our nation’s physicians.

If we fail to act soon, we might see an unwanted surge in an even newer health care phrase: provider-client.

Michael Weiss is a physician and can be reached on Twitter @HeartAndSoulDoc.

#MeToo: "I think I was raped," my patient said 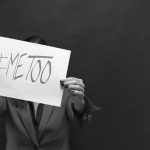 Vital signs only tell you so much about a patient 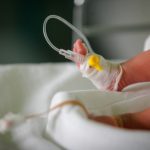