Michael Jackson is dead at age 50.

I’ve received several e-mails to comment on this story, but there’s really too few details to go on. I’m sure more will emerge in the near future. 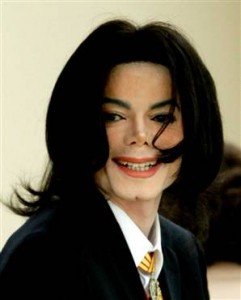 According to news reports, emergency medical services were called to his home in Los Angeles, where he was found in presumed cardiac arrest. CPR was performed, and he was rushed to UCLA Medical Center, which was about six minutes away.

Other reports stated that he was training for a new show, opening in London next month, and had recently undergone a thorough and complete physical exam. He apparently was given a clean bill of health.

It’s being reported that he died from sudden cardiac death, which according to the American College of Cardiology, is defined as, “the sudden cessation of cardiac activity so that the victim becomes unresponsive, with no normal breathing and no signs of circulation.” In these cases, there are often no warning signs, and loss of consciousness can occur between seconds to minutes due to lack of blood flow to the brain.

It’s estimated that up to 15 percent of total mortality in the United States is due to sudden cardiac death, and its incidence rises both with age and underlying cardiac disease, with the latter factor increasing the risk up to ten-fold.

Coronary artery disease is the most commonly associated heart condition associated with sudden cardiac death, but other factors include structural heart disease, as well as smoking, obesity, an elevated blood pressure or cholesterol level, or a family history of heart disease.

In general, the outcome for sudden cardiac death is quite poor. We’re talking less than 20 percent. Getting to a defibrillator as soon as possible is critical. According to cardiologist Steven Nissen, “You have to get to the patient with a defibrillator within about four minutes to get a good outcome. Between four and eight minutes things are a little bit questionable, and after eight minutes very, very few people will survive.” It’s unclear whether there was a defibrillator at the home, but judging from the reports, it didn’t appear that one was readily available.

It’s also inevitable that, with sudden cardiac death in a man in his 50s, speculation may turn to drug use, specifically cocaine or prescription drugs. There is no evidence of anything like that emerging, but as Dr. Nissen states, it’s “another thing that often comes up when a celebrity dies suddenly.”

There’s no doubt that more information will be uncovered in the coming days to weeks, especially if prescription medications or illicit drugs were involved. But also keep in mind that sudden cardiac death can happen at any age, in seemingly healthy individuals.

Whatever the circumstances, there’s no doubt that Michael Jackson will be missed around the world.

Long live the King of Pop.

Why did Michael Jackson have a heart attack, and CPR by Dr. Conrad Murray

Did Demerol cause Michael Jackson’s cardiac arrest and death?

How much access should patients have to their medical record?

Did Demerol cause Michael Jackson's cardiac arrest and death?

How did Michael Jackson die, and the medicine behind sudden cardiac death
21 comments