Physicians are getting their asses kicked by technology, but this is reversible if they integrate technology as they do laboratory science.

Medicine needs specialized doctors who only focus on technology. This will combat burnout and take control of a system that has no other incentive to adapt to clinical needs.

In 2013, I graduated medical school and went to Silicon Valley to acquire high-tech skills.

During med school, an investigation of the medical specialties available to me revealed that doctors were in for a rude awakening when their profession began to digitize. My mentors were fabulous clinicians but were sorely unprepared to influence the software and ontologies that would shortly conscribe their practices in disturbing ways.

In 2014, I helped launch a virtual telemedicine platform where roughly 60 thousand physicians answered patients’ questions by text and video conference. During this period, I was emailing 1 million U.S. doctors once a week and working with >1,000 directly on our initial launch. I also obtained a professional certificate in preventive medicine from Stanford University’s Department of Medicine and did translational research contributing to the regulation of e-cigarettes.

It was a trial by fire in interdisciplinary research and a practical PhD in a specialty that still doesn’t exist — an MD technologist.

After a busy three years, I attempted to return to a U.S. or Canadian medical residency and found a rude awakening. I was not welcome back in clinical medicine. No residency would take me because I was considered to have deserted my clinical training. At first, I was incredulous. Surely my beloved physicians would understand that I had brought Prometheus’s promised fire back to them? Surely they saw the value of having a resident who loved bedside medicine but knew enough about med-tech to help their program from becoming obsolete?

It would appear not.

I made hundreds of applications to more than 30 specialties, including general practice in both the U.S. and Canada, with no success. Time and again, the response in interviews with otherwise outstanding clinicians was, “What have you been doing of relevance to medicine since medical school?”

I faced a solid wall of ignorance about Moore’s law, blind arrogance about how much of a doctor’s job could and would shortly be delegated to a robot or AI. I experienced complete failure to anticipate the moves of larger forces in government and health care who were actively reducing physicians’ power because of their economic gatekeeper role in health care spending.

I left clinical medicine entirely in 2019, with regret but resolution. The writing was on the wall. Bedside medicine was the best part of being a physician. It was fighting for preservation in an overwhelming wave of data-entry doctors who seemed to be choosing to dumb down and digitize their work and then be replaced by AI.

What if physicians embraced technology?

What health care systems, high-tech companies and venture capitalists generally misunderstand about doctors is that they are plenty smart, just ignorant about high-tech development. And ignorance is correctable.

Doctors are smart, compassionate people who are guilty of willful blindness when it comes to technology. They have abdicated the responsibility for the design and development of technology to non-clinical professions, then externalized their frustrations with the consequence of this professional decision.

Yes, physicians are stubborn by nature and slow to adopt tech cycles. That doesn’t mean they don’t do it; they just do it late. And in high-tech, late is after it’s built.

While most physicians feel honor-bound to participate in bench research in the course of training, they have minimal respect or competence in how technology is designed or developed.

Every human adult is frustrated with technology. The 21st century is one long click-bait, spinning wheel, spam phone call and interminable support queue. The digital world is under assembly, and we are living in a construction zone. Doctors are not alone in their frustrations. They are simply failing to take responsibility for their profession. And predictably, their avoidance of the problem is a problem that is causing them … problems.

When I first left my medical training, I lacked the intellectual humility and collaborative problem-solving skills necessary to participate meaningfully in software development projects. I was simply not trained to be good at complex cognitive collaborations. I didn’t have the minimal tech skills needed to work collaboratively at speed. Tech like GitHub, Google Docs, lateral skills transfer, and multi-channel comms — technologist stuff that is learned as a trade and not taught in schools — the bedside medicine of the tech world.

I was the product of my career choice. Doctors are trained to be authoritative and responsible, similar to the military (another discipline that is failing badly in technology development this decade). They are socialized and incentivized to be competitive, secretive, memorize and regurgitate information and conform to hierarchy.

In contrast, technologists are trained to be anonymous, open and irresponsible, putting out broken or barely developed software and learning to “break shit” to discover the world by trial and error. They are socialized and incentivized to solve problems collaboratively, and stay contemporary by borrowing everything in real-time from internet forums. Doctors structure their information, and technologists assess it for utility. In many ways, the heroes of these two disciplines are two very different people.

But this contrast — although real — is merely an ideal. The same divergence could be seen between the ideal internist and the ideal bench researcher.

In 2021, many of the medical specialties that are the most lucrative in both the U.S. and Canada are the ones that have embraced technology wholeheartedly — diagnostic radiology and ophthalmology. Every medical discipline accesses pathologists and public-health doctors, which are also heavily lab-based and research-based specialties.

COVID-19 has changed the medical technology landscape, and for the first time in many years, venture capital is investing heavily in medical technology. Simultaneously, doctors have an opportunity to belly up to the table and participate in the design and development of medical apps that run over EHR interfaces like the Harvard SMART Platform.

Physicians can do better. I wholeheartedly believe that when they do, everyone will benefit.

Drea Burbank is a physician-entrepreneur.

Monkeypox: Have we learned anything? 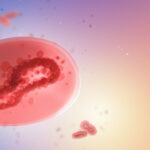 An example of medical-legal consulting [PODCAST] 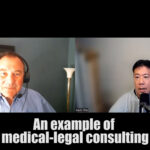