These days are getting harder.

Over the last few days, I’ve also heard of more and more physician practices shutting down, and consequently, employees being out of work.  Those who have asked their insurance companies to stand by their business interruption insurance are being told that the policies don’t cover a worldwide pandemic and government-mandated shutdowns.

We often forget it, but physician practices are small businesses too and run at high overhead because of all the employees, rental space, and equipment, and supplies they need to provide care.

Physician practices are doing the right thing and putting patient care first, by telling patients they are limiting in-person visits to essential services, so that they don’t cause more harm than good by exposing healthy patients in their offices. We took an oath to do no harm, and take that seriously.

This may seem like a minor story in the scheme of everything else, of course. But here’s why it’s also a problem in our fight against COVID-19.

What happens when you have a problem you would normally see a physician in person for that can’t be solved over the phone, but your doctor’s office isn’t open?

You go to urgent care or the emergency room. Which I think by now, we all realize, is problematic given the high risk of exposure to coronavirus, as well as the additional stress on an already overloaded system.

And what happens in a few months, when hopefully we’ve gotten past the worst of this, and you can’t get an appointment for months for routine checkups or shots because offices have closed or have less staff, or have to train new staff?  It’s possible access to care and the physician shortage, which was already an issue before COVID-19, will be even worse.

There are big public health issues here as well. I know to the public, it may seem silly to give physicians a bailout, but the fact is that many physician practices will need one.

Going back to the stories at the beginning, we haven’t even hit the peak of what we are going to see. Physicians and other health care workers are giving up so much and risking so much to do what they were trained to do, and for what is a true calling and duty.

We are ready to do that, and no matter what, are going to fight this with all that we’ve got. I just hope that we as a society, though, will also help these same physicians and health care workers maintain their family’s livelihoods and their ability to do what they love the most in the long term.

As I followed the rollercoaster of debates regarding the health care stimulus package over the last few days, especially in regards to some elements that would further threaten physician compensation, it was hard not to feel frustrated. I hard about airline and casino bailouts (which I understand), but didn’t hear much about bailing out physician practices.  I know it’s been proposed, but it’s hard to know what’s going on behind closed doors in Washington, as deals are made in hopes of passing the next stimulus package.  Here’s hoping it will carry protection for our health care workers, in addition to all of the others that also need it so badly.  Let’s also hope that the government encourages insurance companies to honor business interruption policies.

It’s just so hard to watch my colleagues fighting so many battles simultaneously, and scared for their families on so many levels. Let’s let them focus on the medicine, and not worry about the financial viability of their practices at this time.

Why toilet paper? A doctor tries to explain.

The aftermath of a suicide attempt 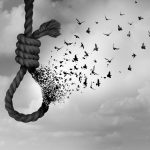 In the midst of a pandemic, remember that physician practices are small businesses too
2 comments