An excerpt from Determined: How Burned Out Doctors Can Thrive in a Broken Medical System.

Let’s address the elephant in the room. The word “burnout” has come under fire recently (pun intended). The reason is that burnout, which was first coined by German psychologist Herbert Freudenberger in the 1970s, implies to some that the mental anguish and trauma that physicians experience is “caused by” the burned-out doctor. In other words, some feel that the term burnout blames the victim. In an ever-growing culture where victim shaming and victim blaming are on par with things like racism or sexism, you can see why this narrative is problematic.

Instead, some have suggested that we use the term “moral injury,” which implies that the injury is happening to the physician instead of being self-inflicted by the physician. To the unacquainted, moral injury occurs when medical professionals have the ability, knowledge, and know-how to help a patient but are unable to do so because of systematic failures that prevent the care from happening. In other words, moral injury exists when doctors feel that the system is causing harm to their patients and colleagues, and that they are helpless to prevent it. This phenomenon causes profound moral disorientation and emotional trauma. It is also distinctly different from burnout. For this reason, I want to state one thing unequivocally in the first chapter of this book:

The causes of burnout and moral injury are systemic and systematic in nature. The causes happen to doctors (not because of them) just like Nelson Mandela’s treatment while a political prisoner on Robben Island happened to Mandela (and not because of him).

The medical system is broken. To illustrate this point, we can look at the National Academy of Medicine, which brought together multiple stakeholders and constituents to form the Action Collaborative on Clinician Well-Being and Resilience. Through this effort, the collaborative identified over seventy factors that contribute to clinician well-being and resilience (“resilience,” by the way, is another naughty word among physicians because of the victim implications). Read that again. There are over SEVENTY factors that impact physician well-being and, therefore, that impact the opposite—moral injury and burnout. This seventy-item model includes items such as litigation risk, reimbursement, bureaucracy, coping skills, workplace safety and culture, leadership, the electronic medical record system, and administrative responsibilities. And this is just to name a few.

What this shows us is that clinician well-being and burnout are complex and multifactorial. Medicine is a complete dumpster fire. I’m sure you don’t need convincing, though. As you can imagine, this overwhelming list of more than seventy items makes it less than practical—and maybe even impossible—to determine the few items that matter most. Not to worry, however! Models have been proposed to help alleviate the multifactorial nature of burnout, like the one introduced at Penn State. Adapted from Maslow’s hierarchy of needs, it’s called the Health Professional Wellness Hierarchy.

Shaped like a pyramid, the base of this model states that physicians must first take care of their basic physical and mental health needs before anything else can be corrected. Only then can we move on to higher needs like appreciation, respect, and the ability to contribute meaningfully. What sort of basic needs are they referring to that must first be met? Tasks that include sleeping enough, having time to breastfeed, eating well, and having access to regular bathroom breaks.

Think about that. The state of medicine is so bad for physicians that we need a group of thought leaders to build a model that states the first step in prioritizing physician wellness is to make sure that doctors can be human. You know…things like eating, drinking, sleeping, taking care of their family, and having time to urinate. How did we get to the place where we need institutions and think tanks to tell us that taking care of ourselves is important?

We arrived here because we work in a system that is broken. Medicine is in major need of change. We must note, however, that this goal of systemic change is not mutually exclusive with the idea of helping physicians defeat burnout and create a life they love. We can, and should, be doing both. While we all recognize the need for the medical system to change, I, for one, refuse to sit idly by, waiting for that system to change while burned-out doctors need help.

As Maya Angelou, the amazing author and native of my hometown in Winston-Salem, put it:

You should be angry. You must not be bitter. Bitterness is like cancer. It eats upon the host. It doesn’t do anything to the object of its displeasure. So use that anger. You write it. You paint it. You dance it. You march it. You vote it. You do everything about it. You talk it. Never stop talking it.

My friends, you should be angry about our broken medical system, but we don’t have to let it make us feel bitter, broken, and burned out. On this much, Mandela and Angelou agree. This false dichotomy that many would make between burnout and moral injury is not necessary. Let’s fix the morally injurious medical system while we also work toward helping the physicians who are burned out by it.

James Turner is an anesthesiologist and author of Determined: How Burned Out Doctors Can Thrive in a Broken Medical System. 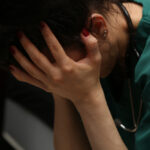 Make your health insurance broker a translator, not a shopper 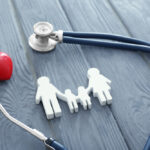 Is burnout the wrong word?
1 comments