An episode pitting top administrators at the National Institutes of Health (NIH) against senior scientists at the organization serves as a vital reminder of the importance of academic freedom and the need to communicate and express concerns about scientific research.

NIH administrators prohibited two of its senior scientists from speaking out about a research study the scientists claim has serious flaws (Crystalloid Liberal or Vasopressors Early Resuscitation in Sepsis—CLOVERS). The scientists, Dr. Charles Natanson and Dr. Peter Eichacker, criticized the design of the ongoing study, claiming that it violates provisions in federal rules for the protection of human subjects and that it places the subjects at unacceptable risks of harm. (Full disclosure: I have collaborated with Dr. Natanson on manuscripts submitted for publication.)

The scientists were informed by NIH officials that they could not speak with the head of the Office for Human Research Protections (OHRP), the federal agency responsible for oversight of research sponsored by the government. The agency has the authority to stop a research trial in progress if it finds evidence that the research violates governmental rules or otherwise poses risks to the trial participants.

The Wall Street Journal first reported this episode in an article published on April 28, 2019. The opening sentence is: “The National Institutes of Health, the U.S. government’s premier health research agency, is refusing to allow two of its doctors to respond to government investigators looking into the quality of a continuing clinical trial of new blood-infection treatments on thousands of patients, according to NIH documents and multiple interviews.”

A follow-up article appeared the next day in Science. The author of the Science piece requested an interview with Dr. Natanson. The NIH refused to allow the interview.

These agency actions represent, at the very least, suppression of freedom of speech. They’re also a denial of academic freedom, which is well established in U.S. academic institutions―though apparently not at the NIH.

Academic freedom and the NIH

Although the NIH is not an academic institution, it is a governmental institution, and its scientists are the equivalent of university professors. In a 1957 case, Sweezy v. New Hampshire, the Supreme Court ruled that academic freedom is a First Amendment right that upholds freedom of speech for college and university faculty members. However, “[u]nder the state action doctrine, the First Amendment applies only to government actors. Therefore, while the First Amendment applies to all public universities, it does not apply to private or religious institutions.” The NIH is a public institution of the federal government; it should be subject to the same rules that apply to academic institutions. Its leadership appears to believe otherwise.

Papers written by scientists as part of their official duties must be reviewed by the NIH before being submitted for publication. This is contrary to my experience working at two academic institutions and one nongovernmental research center in the fifty years of my academic career, where the institutions never requested review of papers to be submitted for publication.

Significantly, Drs. Natanson and Eichacker have been coauthors, along with other NIH scientists, of previously published articles alleging flaws in the design of NIH-sponsored research that resulted in harm to some participants. Those articles were reviewed by the NIH, which permitted their submission to journals. So what was the NIH worried about in this instance? Why suppress critical inquiry from its own senior scientists, whose only interest in this case is the protection of research subjects in NIH-sponsored research? I can think of three possible reasons.

Thankfully, this incident did not end with the publication of the Wall Street Journal and Science articles. The episode came to the attention of Senator Charles Grassley, chair of the U.S. Senate Finance Committee. Senator Grassley approached the NIH with his concerns. Citing the Wall Street Journal article, he stated: “Transparency is critical to good government and necessary to prevent waste, fraud, and abuse of taxpayer dollars. I’m deeply concerned about the initial attempts to silence these doctors by the National Institutes of Health …If there are any indications that patients participating in a taxpayer-funded clinical trial may be injured or harmed, those concerns must be brought to the forefront and addressed. I urge Director Francis Collins and his agency to take these and any similar red flags seriously at the first step to ensure the safety of patients and the integrity of the trial.”

Soon thereafter, the NIH reversed its decision prohibiting Drs. Natanson and Eichacker from talking with the OHRP. That’s good news, though intervention from the Senate Finance Committee chair should not have been needed. I only hope that the government’s “premier health research agency,” as the Wall Street Journal called the NIH, has learned a lesson from this episode and in the future will continue to allow its own scientists the academic freedom enjoyed by faculty members at U.S. universities.

Ruth Macklin is a professor, department of epidemiology and population health, Albert Einstein College of Medicine, Bronx, NY. She blogs at the Doctor’s Tablet. 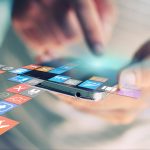 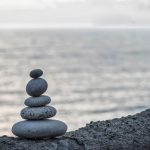 Is the National Institutes of Health stifling academic freedom?
1 comments