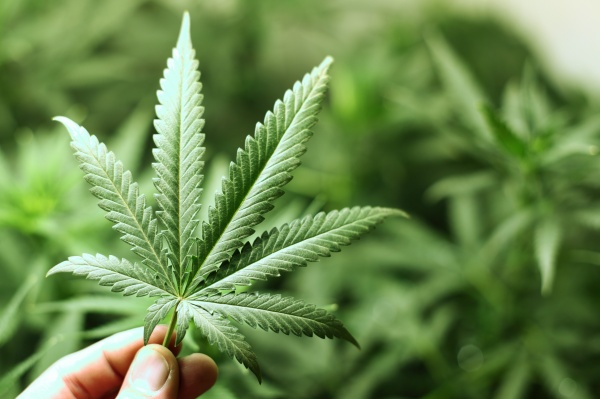 Medical cannabis is a treatment option with a low risk of dependence, minimal side effects, and few detrimental health effects, that has the potential to help hundreds of thousands of people suffering from various debilitating symptoms. Medical cannabis has gotten a bad rap over the past several decades in the United States due to laws put into place in the early-mid 20th century based on false information, politics/economics, and racist factors.

However, acceptance for medical cannabis as a viable treatment for a variety of conditions and symptoms, and the number of calls for increased research, are growing.It is the responsibility of the medical community to not only be prepared for this change and properly informed on the issues, but also to demand such change as soon as possible, for the sake of our patients.

Cannabis has been used as medicine for thousands of years by various cultures, and was included in the U.S. Pharmacopeia as a medicinal substance until 1942. There are numerous health benefits of medical cannabis, and possible uses are as follows:

Whole plant cannabis-based medicine (CBM) is necessary in order to receive full therapeutic benefits for some conditions, and this phenomenon is known as the “entourage effect.” Cannabinoids work on the endocannabinoid system and help to maintain homeostasis, assist in stabilization of nerve cells, can help to prevent inflammatory responses, and more.

Medications that have been formulated with components of medical cannabis (such as dronabinol or marinol) are inadequate for many conditions in comparison to the whole plant compound:

Unlike many other legal medications, cannabis has never resulted in a death from overdose, because it is a virtually impossible occurrence. However, cannabis does have the potential to exacerbate symptoms of underlying conditions, such as certain cardiac issues, so use is only recommended under supervision of a health care provider who understands the patient’s full medical history.

Despite its comparatively clean record, cannabis is not a completely harmless plant. Some sensitive tests have shown that severe chronic use of cannabis can affect select functions of the brain negatively long-term, although others have shown no such long-term impairments or have shown that such impairments are reversible with abstinence. Smoking cannabis heavily and chronically over several years can cause damage to the lungs and a decrease in lung function.

However, a recent study found that at low to moderate levels of use, smoking cannabis does not result in a decrease in lung function. Chances of physical and psychological dependence are possible but very low, and withdrawal symptoms are minimal. Smoking burnt plant material can cause respiratory tract cell abnormalities, which may lead to cancer, although no evidence to date has shown a definitive link between cancer development and cannabis use. While cannabis and tobacco smoke contain many of the same carcinogens, some research has suggested that nicotine in tobacco promotes these carcinogenic effects, while THC found in cannabis counteracts them. Additionally, measures can be taken to reduce the possible negative long-term impacts of medical cannabis use, such as avoidance of severe chronic use, use of vaporized medical cannabis, and use of oral delivery methods.

All medications have negative side effects, and according to the 1999 medical cannabis report produced by the Institute of Medicine (IOM), “For certain patients, such as the terminally ill or those with debilitating symptoms, the long-term risks [associated with smoking] are not of great concern … except for the harms associated with smoking, the adverse effects of marijuana use are within the range of effects tolerated for other medications.”

It is important, now more than ever, to research and utilize alternatives to dangerous prescription medications. Every day, approximately 100 Americans die from drug overdose. In 2008, the majority of these overdoses were caused by approved prescription medications. Medical cannabis is a safe treatment option to be used in concert with other medications in order to reduce the chance of dependence on and tolerance to medications with a high potential for dependence.

Millions of patients in the United States suffer unnecessarily every day from debilitating symptoms caused by disease due to the lack of support for research on medical cannabis and due to its state or federal illegal status. Become informed, understand the facts, and question and challenge the long-standing notions of medical cannabis. Notify your legislators of your support for medical cannabis legalization, Schedule modification, and increased research (find your local legislators’ contact information here).

Fight for the right to medicine. After all, this is a matter of patients, compassion, medicine, science, and quality of life improvement, not opinions, personal morals, religious ideals, taboo, or politics.

Thank you to Dr. Mitch Earleywine, PhD, who authored the main reference of this article and provided additional feedback, Dr. Sunil K. Aggarwal, MD, PhD, who provided feedback for the original version and this piece, editor Will Jaffee and editor-in-chief Ajay Major, who edited the original article on in-Training, and to Abbas Mulla, who also edited this piece.

Author’s note: The views expressed in this article are those of the author and do not necessarily represent the views of, and should not be attributed to her medical school, in-Training, or any affiliated organization.

Arielle Gerard is a medical student.

Rwanda: The little country that could

My first patient: I felt humbled by his patience

Medical cannabis: Be informed and challenge the myths
25 comments