Military physicians leaving the military have several issues that should be carefully evaluated before executing a contract with a civilian employer.

First of all, the income is definitely going to be higher than the military physician salary. Much like a physician coming out of training, military physicians should ask whether the salary is fair, not if they will be making more than they currently earn. Medical Group Management Association (“MGMA”) benchmarks can be utilized to determine if the salary is fair. Importantly, MGMA benchmarks can be analyzed based on years in the specialty. If MGMA has sufficient data for this analysis (not every subspecialty or specialty does have sufficient data), the years in specialty differentiation can be very helpful in analyzing an offer.

Military physicians also seem to be more accepting of the “this is our standard contract” line than their civilian counterparts are. Although that line is utilized frequently (because it works), only a tiny minority of institutions or practices actually require every physician to sign the identical agreement. The recruiter will frequently tell the military physician that the recruiter cannot make any changes to the agreement. This is often true since many institutions and practices only allow a senior executive, with legal input, to change an agreement. It is always worth asking if the recruiter can forward questions regarding the contract to somebody else.

Military physicians also need to carefully review provisions regarding the start date. Civilian employers will require you to be credentialed at hospitals and by managed-care companies. Many first drafts of civilian contracts allow the employer to terminate the agreement or delay the start date until all credentialing is completed. This can cause the physician to move to a new location and rent an apartment (or buy a house), expecting to have income on a given date. If the physician employment agreement does not allow you to start until all credentialing is completed, you may end up effectively unemployed. Landlords and mortgage companies are not particularly understanding if it turns out that you are not being paid when the rent or mortgage is due. The employer should agree to negotiate in good faith with you if not all credentialing is completed at the anticipated start date.

Another issue that the military physician needs to consider is the covenant not to compete. Many physicians feel that there should be no limitation on the ability to practice if the physician leaves an employer. However, most states do allow an employer to restrict the ability of an employed physician to compete with his or her former employer. Too many physicians rely on an attorney’s opinion that a restrictive covenant is not enforceable by a court. In fact, the market will enforce a restrictive covenant that a court would never enforce. Your potential new employer will not risk going to court with the first civilian employer because they are allegedly “intentionally interfering with contractual relations” of the first employer.

The final issue that traps many physicians in their first civilian physician employment agreement is payment of tail coverage for malpractice insurance. There are two types of malpractice insurance: occurrence-based coverage and claims-made coverage. Occurrence-based coverage will cover any claim that occurred during the time that the policy was in place, so if a claim is made after you leave that employer it will be covered. However, claims-made insurance, as the name implies, only covers claims made when the policy was in place. If the employer has claims-made insurance, then an extended reporting endorsement (a “tail”) must be purchased.

Tail coverage can cost nearly half a physician’s annual salary, so the physician may end up trapped in a position that the physician hates because it is simply too expensive to leave. The physician employment agreement should contain a provision addressing who is responsible for purchasing the tail. If the employer is not willing to cover the entire cost of the tail, sometimes they are willing to pay a portion of the tail based upon years of service (e.g., 1/5 of the cost of tail coverage for each completed year of service). When negotiating these agreements, I always attempt to require the employer to pay for tail coverage if the agreement is terminated without cause by the employer or because of the death or disability of the physician.

Military physicians should also realize that not all employers are equal or treat their physicians equally. It would be prudent to investigate how physicians rate their employer at a site such as RYHE.org.

Military physicians entering the civilian job market are in a “seller’s market.” They should get a reasonable employment agreement. It is important to remember that while you were serving your country, you also gained valuable experience as a physician. Do not sell yourself short!

Dennis Hursh is a physician contract lawyer. He blogs at Physicians Contracts Blog.

2 questions you should ask when choosing a surgeon 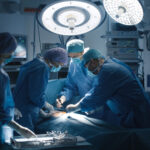 A doctor for LGBTQ+ health needs 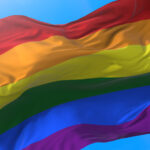