When I was eight years old, I was a star soccer player on a state championship team. During shirts-off practice and while down at the local pool, I noticed how different my body was compared to my peers. After I referenced my scientifically approved human body anatomy book, most of my peers’ bodies looked just like the standard human body image in the book, with all the muscles developed (relative to their age, of course). Mine did not.

On my body, where there should be muscle, there was fat. But I was skinny and within my safe Body Mass Index (BMI). When I asked my parents and the doctor why I had fat on my body, yet I was skinny and “normal” in terms of my BMI, they told me not to worry. I was young, and the muscle would grow as I grew.

But it did not.

As I grew, more fat grew. Because I was such an active kid, I was always within my safe BMI, and that is all the doctors cared about. Yet I was normal weight obese, a term like skinny fat that did not come into existence until relatively recently.

Having so little muscle meant family, friends, and strangers relentlessly bullied me. I eventually had to quit soccer as I did not have the muscle to compete with my peers who did, thus I could not run as fast or as long. With so little muscle and so much fat, even though I was skinny, my athleticism was greatly compromised, no matter that I trained daily, including starting weightlifting at an age that was considered “too young.”

But why should I have to lift weights at such a young age and add muscle when according to mainstream science and medical doctors, everyone is born in the standard scientific human body anatomy book body type with all muscles developed? Unless, of course, you have been diagnosed by your doctor with an abnormality, which I had not, ever. Once you are within your safe BMI weight range, you are already the standard scientific body type. Yet, I was not.

I switched to tennis, but I was so weak I could not hold the racquet with one hand. A two-handed forehand and backhand and a lack of muscle on my legs limited my ability to excel at the sport, and I eventually had to quit competitive sports altogether. My parents only heard what they wanted, as did the doctors, all the while gaslighting and manipulating to ensure they were right. In their minds, the only reason I quit sports was that I was not working hard enough; I was a lazy quitter who they, and the majority of the family, were deeply disappointed in.

Obesity is genetically common in our family. I was being gaslighted and judged by a bunch of obese people, most of whom were doing nothing to improve their health and obesity issues. Yet they fully believe to this day that I am just naturally thin and could not possibly understand their obesity issues. When all I have ever suffered from is normal weight obesity and, in my adult years, being overweight and obese, no matter how diligent my diet, exercise, and lifestyle.

As science recognizes that one pound of muscle mass burns six calories daily, but one pound of fat/skinny fat only burns two to three calories, which negatively affects metabolism, as does aging, it became harder and harder for me to keep the fat weight off. I worked diligently lifting weights to add muscle/mass, but adding muscle where there is skinny fat (cellulite, thin fat, loose skin, saggy skin, crepey skin, normal weight obesity) is very difficult. And even when I was able to put on muscle, I quickly returned to my default minimal muscle when I stopped weight lifting. The skinny fat was permanent.

Scientists and doctors are just starting to catch up with what I have known for a long time, that body type is genetic and directly influences obesity.

Marc Nelson is a scientific researcher.

He was more than a housekeeper 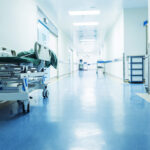