In the last year, amidst COVID-19 news, animals have gained their place: cats harboring the virus, pet abandonment and, paradoxically, rising adoptions. Cats and dogs are now in the spotlight. I’m a physician, and my personal animal-related COVID-19 story changed the way I practice medicine.

During lockdown in 2020, we decided to adopt a kitten. As both animal abandonment and adoption were on the rise, we brought home a three-month-old orange Maine Coon kitten named Eddy. For one month, a glimpse of happiness and hope came to our life: waking up and having the little orange guy to feed, seeing its development and creating a sense of rapport with that creature was fascinating.

On the second day after one month with us, he was prostrated by the morning. Eddy did not respond to stimuli, eat or drink water. Just like what we see in those extremes of age in humans, mainly young children or non-verbalizing elderly, the animal was clinically communicating that something was wrong. And we got alarmed. The ER veterinary doctor that admitted the animal was also alarmed, especially due to high fever.

Fever and protraction sustained by the next morning, although blood parameters were improved by hydration and transfusion. Antibiotics were prescribed, Eddy was discharged while waiting for PCR, and someone mentioned the remote possibility of a disease called feline infectious peritonitis (FIP).

By Sunday dawn, around 3 or 4 a.m., we were woken up by stringent cat cries: Eddy was having a tonic-clonic seizure. It was like observing a human patient, from focalized inferior members to a generalized seizure. The ictal cry woke us up, and we could see the clonic phase developing into a postictal phase with postictal sleep and stertorous breathing. We rushed into the ER, and Eddy was admitted under observation until second notice.

By Monday, clinical status was sustained, and the patient was confirmed blind. Neurological signs, peritoneal fluid, and a negative PCR to bloodborne parasites were the criteria needed to the clinical diagnosis of FIP, an almost deadly condition, especially for kittens and with neurological manifestation.

There was some evidence on an antiviral drug, GS-441524, the active metabolite of remdesivir, non-regulated and sold as a dietary supplement. We found a local “dealer” who smuggled the commercial version of the antiviral from Asia and had it in stock. As physicians, my wife and I went to our study room, reviewed the literature, discussed the evidence and, while listening to the kitten crying in the living room, skeptically grew a sense of hope and decided to pay the golden ticket for the drug.

It did not reduce progression. The symptoms intensified, and in two days, Eddy was septic and in shock. Almost no pulse, almost no strength to lift its head up — just blindly facing down his own death. I nursed him and tried to alleviate his suffering.

One of the most meaningful lessons I have been granted as a physician was from a non-human being. First, it taught me that life is different yet equal: biological parity subsides social equity. It might sound undeserving for some that my care for humans has been rethought from my care for an animal. But anyone who cared for a living creature has lived through the suffering, the crying, the pain and the death, which are the same: an agonizing human being. All of this is independent of race, religion, sexual preference or skin color.

Rudolf Virchow states that no difference between human medicine and veterinary medicine should exist since the tissue and cellular aspects are the same. As a pathologist, I reinforce his biological perspective and dive deeper. As living beings, suffering is equal yet different, and equity should be granted. Equal since all of us feel pain — humans and non-humans — many animals display emotions like happiness and sadness. Many vocalize in their way, even crying. It is different, however, since we have our needs, and they have theirs, each one harbored by its cognitive apparatus. Equity is granted when different needs are accepted and respected. Our conviviality becomes equal and harmonious.

The second reflection is that as a physician, technically, I might offer nothing more than a hypothesis tested on a certain population over time and derived as predictive tools and treatment algorithms. Our promise of success to our patients is mostly intangible, measured as possibilities of cure, immunization, alleviation. Carrying the burden of possibilities or the intrinsic uncertainty of life can become a daily heavy lifting for some, as oncologists, surgeons, pathologists and those who carry the vulnerability of making a conscious mistake. It is simultaneously vulnerable and suffering. As a patient, which all of us are at some point, besides what is inherent to the disease, there is the shared vulnerability of confidence of those possibilities and what medicine has to offer.

With Eddy, the kitten, I realized that both of us, providers and patients, are under the same roof. The suffering and the vulnerability are shared assets between us. While caring for non-human life, I could consciously rationalize how vulnerable both of us were, my pet/patient and I. And this shared vulnerability was not a weakness. It was a trustful bond. As opposed to my posture while caring for other people, which I have been doing for the last decade, I did not assume the position of a safe harbor, as I was taught over my medical education. In this episode, however, I was faced with the technical limits of medicine. And I did not have a comfort zone full of technical papers or any escape —I was just vulnerable. I was a spectator of a life ending.

Finally, while I write this, I can remember that little guy blindly crying and looking for my arms for help and comfort in his own way, as the biological nature of life would grant any living being the right of compassion and support — regardless of any social label. As a physician, I tell other health care providers to remind themselves what suffering and vulnerability means and how it does not respect social or biological barriers, and what we have proposed ourselves in doing as health care providers. As the French aphorism: “Guérir quelquefois, soulager souvent, consoler toujours” (to cure sometimes, to relieve often, to comfort always). Merci, Eddy.

Marcelo Balancin is a pathologist.

Chlorophyll, acne, and TikTok: Should these mix? 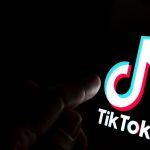 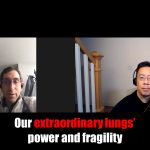