On June 7th, 2022, the Novavax COVID-19 vaccine was approved for use in adults by the Vaccine Advisory Committee of the United States Food and Drug Administration. The vaccine has already been authorized in many other nations, including Indonesia, the United Kingdom, Canada, Australia, and more, making the U.S. one of the last major nations to approve the vaccine.

The technology behind Novavax differs from the already prominent Pfizer and Moderna vaccines in that it uses a more traditional and time-intensive approach that involves identifying and manipulating purified proteins to induce an effective immune system response. This process has been used for decades to combat diseases like hepatitis, shingles, and influenza, among others, and this methodology may make Novavax the better vaccine relative to the current mRNA and viral vector-based vaccines on the market for several reasons. Though uncommon, vaccines like Pfizer and Moderna have resulted in dangerous side effects such as heart inflammation and blood clots. Protein-based vaccines like Novavax, on the other hand, are cheaper, have greater efficacy, and are less likely to result in short-term side effects or long-term complications. Current estimates project the vaccine to cost about $16 per injection in comparison to the $23.15 and $25.50 for Pfizer and Moderna, respectively. Novavax presently plans to send “a few million doses” in their first shipment to the U.S.

Although the FDA’s Vaccine Advisory Committee has extended approval, Novavax has not been given full clearance to be distributed in the United States. According to current data from the Phase 3 clinical trial that has been conducted, the vaccine is 90 percent effective against COVID-19 symptomatic infection and 100 percent against moderate and severe disease. Approximately 30,000 participants aged 18 and older were a part of this study as reported in the New England Journal of Medicine in December 2021. However, it is important to keep in mind that this data was gathered prior to the spread of the Omicron variant and may not reflect the vaccine’s true efficacy against more recent strains. Given its traditional approach to developing vaccines, Novavax hopes to reach citizens who may not have been comfortable with previous mRNA vaccines due to the side effects or vaccine hesitancy. Additionally, it boasts the ability to be stored at refrigerator temperatures for months, allowing for a longer shelf life than mRNA-based vaccines.

But how much of an effect will Novavax really have? 89 percent of American adults have already received at least one dose of a vaccine, leaving possibly little room for Novavax to have a significant impact. However, the global health community remains optimistic about the future to come. Dr. Peter Marks, the Director of the Center for Biologics Evaluation and Research (CBER), has suggested that a protein-based alternative may have a greater reuptake than previous vaccines as individuals might be more comfortable with this type of vaccine. All things considered, Novavax may be able to provide equitable access to another vaccine alternative that could protect our communities and further curb the spread of COVID-19.

6 changes that could lower the risk of developing prostate cancer 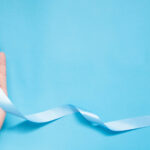 If it's not clinically pertinent, then stay out of my uterus