Three years ago, I met Dr. Boyce Fish*, the ER physician revived after suicide. I also met Rachel Dawson, wife of Dr. Chris Dawson who killed himself and his two children.

We all sat in red ballroom chairs in a room with nothing in it, but it felt full. All the lights were dim, and I was privy to the darkest innermost thoughts a person can ever act on.

Hours earlier, I watched the Do No Harm documentary about the increasing prevalence of physician suicide with other medical students and families in attendance. The opening scene was a grueling reality of a New York City resident who jumped off a hospital rooftop… it reminded me of a recent suicide in my hometown of a physician beloved by everyone.

Did you know that doctors are more likely to die by suicide than the general population? The physician suicide rate is the highest of any profession, nearly double the national average.

It can be argued it is because our medical education system often champions meritocracy, regulations, and a “get to the top” mentality. Burnout often starts in med school and can be amplified every year after graduation.

After the film concluded, there was an open mic Q&A with the cast and producers. I never in my entire life felt so compelled to stand up and make the long walk.

There, I stood in line and heard those in front of me one by one.

“Do I sit back down?” I asked myself silently.

When it was my turn to speak, I broke down into tears as I shared my own experiences. My soul just opened up. I kept these negative thoughts inside me for so long that I chose to never share with anyone.

How school at times was tough beyond my own comprehension. How family struggles and doing my best sometimes didn’t feel good enough because I wasn’t able to be in multiple places at once. How I was looked at differently by many of my peers when I shared how I was feeling openly. How I felt I changed into a different person, and there was no way I could be myself again.

I didn’t leave the ballroom for the rest of the night as I processed what just happened. Many students came up to me to share their stories, and this experience made me realize that we’re not alone in this fight.

Long after everyone left the space, I stayed and listened to the film’s producers, Boyce Fish, and Rachel Dawson.

They were both like you and me. Chasing their dreams and serving others for the better good. The only difference is that circumstances drove them to different places.

After that night, there are three takeaways I hold close to my heart.

Always seek help when you feel you’re not your true self.

Reach out to friends, family, colleagues and support them through trying times.

And never say it is committing suicide. Suicide is not a crime like it is to commit murder. It’s in large part why we don’t openly talk about it. The stigma associated with suicide is toxic, and society is still afraid to broach the topic.

Suicide is a path, whether fast or slow, that a person chooses to take because of their own reasons. We certainly can never predict suicide or truly understand it. But with that said, every time it happens, it is a tragic loss of life that time can and will never heal.

We must do more to support our physicians in training, residents, and established clinicians. Like how we sit at the bedside with patients and listen to their stories, someone needs to listen to what doctors have to say.

This is an epidemic that we must address right now. We must shine a light on the underpinnings of stress, dissatisfaction, grief, guilt, and pain. And we must drag out of the shadows a broken healthcare system that burdens many of our physicians.

It starts with making it OK to talk about suicide and to foster an environment where it is safe for medical students and physicians to share their stories privately and publicly. We absolutely must create safe spaces for conversations to be had at all levels of medical education.

* Dr. Boyce Fish granted permission to the author for his name to be used in this article.

Ton La, Jr. is a medical student and can be reached on LinkedIn. 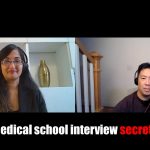 Reflections on a year of COVID

Physician suicide: We need safe spaces to talk about it
7 comments