Furthermore, as so many have articulated against the backdrop of decades of rising gun violence, both mass shootings and other deaths by firearm are public health issues. That the U.S. continues to draw a line between the political willpower necessary to turn the tide of gun violence and the long-documented public health crisis requires further examination. We should be able to call gun violence what it is, a public health issue that affects not only the thousands of children shot and killed each year but whose loss extends to their families and communities, contributing to their individual allostatic stress load, deepening fear and instability.

In 1848, Prussian physician and future statesman Rudolf Virchow famously wrote, “Medicine is a social science, and politics is nothing more than medicine on a grand scale.” Yet, the U.S. has been unique in its opposition and rejection of this famous dictum. Inarguably, the morbidity and mortality of children and the prevention of their deaths are of utmost importance to physicians and lawmakers, and parents and families with children. The fact of these preventable deaths confronts us daily, yet a cognitive dissonance prevails whereby our political leaders do not take the steps that other nations, including New Zealand and Australia, took in the wake of mass shootings. That prevention of these deaths has a relatively simple, if roadblocked solution, should not stand in the way of health care providers advocating for the change that our patients and their families deserve. Indeed, it should embolden health care workers to partner with civic organizations to keep communities safe.

As reports of the death of 19 children and two teachers reached my cell phone, I felt the air leave my body, and for a moment, I froze. I thought of the death of 10 people in Buffalo a week earlier. I thought, no, and dear God, this is too much. I repeated out loud, “14 babies,” as only 14 deaths had been confirmed at that point. And then I wept for the unimaginable loss of so many children who should be alive and for their families whose love for them would translate into untold grief. What would contain that grief? Could a nation that refuses to acknowledge the root cause of their pain and loss ever hold that grief? I thought that so many of my friends, family, and colleagues have school-age children. I thought of the absurd nature of gun violence, that I have lived and that so many I know have lived under the threat of gun violence since the ban on semi-automatic weapons was repealed in 2004. I thought about how a basic tenet of safety and public health gets cast as “political” and who profits from that. I thought of how the word political becomes a pejorative, why that is the case, and how that came to be. I thought of Rudolf Virchow, reporting on the conditions in Upper Silesia in 1848 and seeing poverty and preventable illness up close. I thought of how that brought him to his famous dictum. I thought of how suffering brings us closer to truth and how unfair it is that the worse things get, the more distilled suffering becomes, and the less able we are to look away.

I thought of working with families and children who are shocked and saddened, whose response to increasing gun violence is depression, anxiety, fear, resolve, compassion, and courage. How much I want to do for those families affected, not only in Uvalde and Buffalo, and Santa Ana but also for the families I know in Washington, Oregon, and North Dakota, in rural and urban places that worry their children will not live. Or that they will live and continue to live under the threat of violence, under an unnecessary penumbra of fear.

Deaths from gun violence are preventable. Solutions have been documented and well-researched internationally. As such, deaths by gun violence are political in the deepest, most profound sense. Lawmakers are endowed with great trust from the public, a trust that extends to our health, the health of our communities, and the stewardship of resources like food, water, and housing that will enable our health. Suppose we do not follow through with solutions for the health and wellbeing of the public. In that case, we fail whole populations who count on us, physicians and political leaders, health care workers, and government officials, to make decisions that protect the best interests of the people we serve. My heart is with those who have lost their lives and those who have lost loved ones in the ongoing plague of gun violence.

And my heart is with the courageous people who show up every day to demand action and change. As James Baldwin wrote, “not everything that is faced can be changed, but nothing can be changed until it is faced.” May we have the courage to demand the changes we need to reverse the epidemic of gun violence and curb the tide of fear and sorrow we are witnessing across the nation.

Kasey Johnson is a psychiatry resident.

To be effective leaders, physicians need to be trained as entrepreneurs and encouraged to innovate 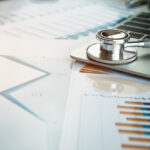 20 years and counting. How long will it take to address clinical inertia in T2DM?

More by Kasey Johnson, DO

Politics is health care on a grand scale
1 comments