He stood still.  He was virtually stymied at the request she made.  I, as a visiting medical student rotating on the cardiology consultation service over which this brilliant, accomplished attending cardiologist with advanced interventional training presided, myself stood befuddled when he, in essence, appeared like a deer caught in the headlights after his patient asked him one simple question:  “Doctor, could you please pray with me?”

The truth is he, like many other physicians, are at a loss for words and for action when such “spiritual issues” present themselves.  I remember it, though now nearing completion of my residency training, vividly.  The patient was a pleasant 58-year-old woman with metastatic endometrial cancer who had been hospitalized for acute heart failure and who happened to be a Jehovah’s Witness.  A cardiology consultation was called because of an abnormal heart rhythm, which, after the presentation was given and much discussion, was determined to be junctional in nature and she would necessitate mapping and possible ablation.  The patient was visibly apprehensive but permitting after being told of the situation and having to undergo this procedure.  I could sense that she was distressed, but she was obviously a woman of faith who sought her deity in times of stress, likely many others.

This is a scenario that can be quite uncomfortable for physicians.  We are trained to treat the physical.  Although there is an appreciation personally and professionally by the individual doctor of spiritual issues and matters, the truth is, we are just not taught to handle them in daily caring for our patients.  I’ve witnessed time and again such issues being acknowledged in presentations but vastly ignored and, in so doing, considered unimportant comparable to a patient’s physical diagnoses.  I’ve seen some medical students and co-residents present detailed spiritual histories and others not so much.  I’ve seen attendings offer patients prayer and others not at all, but globally I contend and sense that this is a bridge that the majority of physicians are not able or even ready to cross.  That, to me, is frightening.

In the effort of full disclosure, I must admit that my personal background is not akin to most who practice and train in medicine.  I am a senior resident physician, but I had the appointment for several years to a junior deaconship at my home church in Georgia, administering the sacraments to sick and shut-in parishioners and visiting them in hospitals, rehabilitation facilities, and nursing homes.  I attended an undergraduate institution where the walls of higher education ooze with Baptist ideology and moral tenets of that sect of Protestantism.

My own medical school is affiliated with the United Methodist Church, and each student who has ever trained there endows himself or herself with the lifelong creed to “Worship God through service to mankind,” and it was during my years as a junior clerk in family medicine there that  I had the first opportunity to witness an attending physician offer each patient on whom we as a team rounded prayer every day.  That to me was truly amazing to watch, witness, and was a recurring gesture from which I could learn.

It was not in the performance of the prayer by the attending physician who, unlike most, was clearly in touch and in-tune with his own spiritual identity that he felt at ease with his ability to address issues of a spiritual nature afflicting his patients.  It was, nonetheless, in his act of questioning and offering the service of prayer from which I reaped utter fascination, because here for the first time I was able to see a consummately trained physician, well-versed in treating the physical ailments of each individual to whom he offered a healing hand, make the motion to also identify issues that threatened a patient’s spiritual well-being and attempt to alleviate those burdens as well.  I could not help but say quietly within myself at this seemingly miraculous experience, “Isn’t this how it is supposed to be?”

The truth of the matter is that not all patients are of the same religious background.  Some are Buddhists.  Some are Catholic.  Some are Jewish.  Some are Atheists or Agnostic, but no matter what a patient believes or disbelieves, it is incumbent upon the physicians caring for that patient to at least ask — to express curiosity about a patient’s spiritual self as much as we dwell on and delve into that patient’s physical self.  Merely asking as we do to obtain histories of physical illnesses can and must be applied to procure spiritual histories, with the ends to such a means being to arrive at spiritual differential diagnoses and to develop assessments and plans to combat afflictions that make a patient spiritually unwell.

The physician is not called to be the patient’s chaplain, pastor, or priest, but to be the patient’s chief healer — a minister of health.  There are times for incorporating the assistance of Chaplains and spiritual advisors, but my charge to us all is to remember that it all begins with just a simple, yet paramount, question.  I once heard that, ultimately, each of us, as human beings, are spiritual beings inhabiting bodies and not merely bodies with spirits, as it is the spirit that makes each of us that unique personality that each of us really is.

I urge all physicians to dare to employ holistic care in your day-to-day interactions with your patients and consider that doing so begins with just a simple question.  So, please, just ask.  I’m certain our patients have answers.

Earl Stewart, Jr. is a physician.

What academic medicine can learn from #ConcernedStudents1950 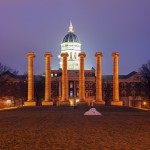 Physicians are not providers: An open letter to the AMA and medical boards 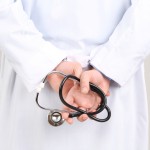 Remember to ask about praying with patients
33 comments