Street medicine is a small niche, but it’s not new. Dr. Jim Withers and Dr. James O’Connell began the pioneering in the United States in the 1980s, and it’s not just a local practice; the Street Medicine Institute is a global organization made up of fifteen countries across five continents. When preceptors or other physicians ask me what field I want to go into, I tell them “street medicine.” Almost everyone doesn’t know about it, so I’d explain. Subsequently, people usually say that it sounds like a great pursuit. However, others will find subtle ways to “warn” me that homeless people won’t help themselves and will only take advantage of what I can offer. One doctor literally said to me, “You need a reality check.”

I can’t tell what makes me the angriest. The quick dismissal of homeless people without ever having extensively worked with them? The fact that homeless patients can’t defend themselves, because few would listen? My attempt to defend them failing anyway, because people are going to be adamant about how they feel about homelessness? The idea that these doctors – whose sole duty is to provide care without judgment – are saying such infuriating things?

None of the skeptics asked me to elaborate on how people become homeless, why they stay homeless, or the challenges of caring for them. People just see an individual on the street but don’t care to know that he was abandoned by his family and friends for coming out as gay. Doctors shame another patient for not doing his insulin injections but don’t ask why he won’t. If you actually ask, he’ll explain that he watched his sister die of a drug overdose and (understandably) developed a phobia of needles.

I recognize that people may counter with the truth that I’m not even a physician yet, that I haven’t worked in street medicine long enough, that I don’t have enough life experience, etc. But I’m here to say that regardless of how long we’ve been practicing, we should be constantly reminded to give patients the benefit of the doubt, especially if we don’t know their story. It’s easy to tell the medical school or residency admissions committee that we pursued medicine because of our compassion for humanity. But living that principle is a completely different deal.

Street medicine is a field that is both rewarding and frustrating – rewarding, because I get to serve an often overlooked community, and the learning opportunities are endless; frustrating, because there are so many false preconceptions of the homeless population, but they can’t fight back, because they don’t have a voice. This is where I encourage current and future healthcare professionals to get some exposure to homeless individuals, whether it’s through a soup kitchen, shelter, local street outreach, or a clinic rotation. We would be better medical professionals if we truly take the time to hear a story or two before we thoughtlessly label patients with our own version of what happened to them.

Ti Hoang is a medical student.

Plan for your life and medical career with these 3 steps 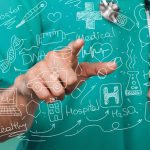 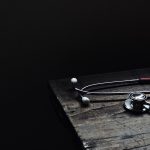 Street medicine: You don’t know about it, but you don’t care to
1 comments