As the U.S. endures its largest measles outbreak in 25 years — one that’s almost certainly going to get worse before it gets better — we’re getting a lot of calls and questions at my office. What’s measles, what’s the best way to prevent it, when should the vaccine be given to adults and children?

The measles vaccine is given as “MMR,” which teaches the immune system to fight off measles, mumps, and rubella. It’s a very effective vaccine that confers lifelong immunity. A single dose is about 93 percent effective, and two doses get that up to 97 percent. There aren’t many other preventive interventions in medicine that are even close to that good.

The first dose should be given between 12 and 15 months of age, though at this point I’d say 12 months is better. Why wait until 12 months? Earlier than that, babies may still have enough antibodies from their mother to partially block the effectiveness of the vaccine.

But in some circumstances, you should get that first dose early, as early as six months. If there’s a high risk of exposure, an early dose (though imperfect) will give at least some protection. That dose should then be repeated at 12 months. Who’s at high risk of exposure? Anyone who’s living in a community with cases of measles — that includes, as I’m writing this, areas of New York, Michigan, and California. Plus the Philippines, Israel, and Ukraine. And, really, most of Europe. If you’re traveling with your baby under 12 months out of the U.S. (or even within the U.S.), you should look at the news and talk with your child’s doctor about getting an early dose of MMR.

The second dose of MMR is traditionally given at age 4 to 6 years, prior to school entry. But that timing was chosen for purely administrative reasons — kids almost always come in for a preschool physical, and they also need doses of polio and DTaP vaccines, which must be given after the fourth birthday. But that second dose of MMR can be given much earlier. It will be just as safe and effective if given any time four weeks or more after the first dose. So if the first dose is given right at 12 months, the second dose could be given at 13 months (or, more likely, at 15 months, since that’s when the next check-up age falls.)

Again, if you’re living in or traveling to an area experiencing a measles outbreak, you should get that second dose early. There is no downside. Honestly, there’s no reason why any of our young babies should wait until age 4 to get it — it’s just a bit of history and convenience that placed the second dose at age 4. If your children do get the second dose early, keep in mind that they do not ALSO need a dose at age 4. (Though a third dose will not be harmful, it’s just not necessary.)

Roy Benaroch is a pediatrician who blogs at the Pediatric Insider. He is also the author of A Guide to Getting the Best Health Care for Your Child and the creator of The Great Courses’ Medical School for Everyone: Grand Rounds Cases.

After cancer treatment: It's time to reconsider the ringing of the bell 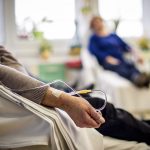 Being a doctor matters less to this physician 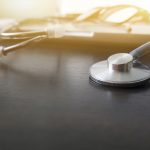