I remember clearly the first lecture in which I began to feel the painful knot of despair clenched in my chest. We were being taught about piebaldism, a disease that impacts the pigment-producing cells of the body. It was not the description of the condition that alarmed me, but rather the picture that was chosen to depict it. The image displayed a black mother and her children, standing shoulder to shoulder, in their underwear, backs faced to us and heads down as if in a lineup. This was in stark contrast to how white people in that same slide deck had been depicted using their school or family photos in a way that both preserved their humanity while still showing their important clinical manifestations. I blinked and looked around at the only other four black students in my class. How is it possible to be told that we are viewed as equal to our peers, but in the same breath, have our bodies so callously broadcasted in images reminiscent of chattel slavery auctions? Why is it that black medical students and physicians must continue to carry the heavy burden of saving lives while simultaneously needing to defend the value of our own?

To be a black medical student is to be in a constant state of anguish. We sit in lecture every day and listen as esteemed doctors and scientists insist that the very black bodies we inhabit are inherently deficient, prone to disease, and lacking as compared to others. We are told about the varied ways our bodies are physiologically inferior, yet rarely see images that represent how clinical findings can manifest on our skin, the supposed source of all our ills. We are presented with patient cases of delayed treatment, in which we can see our own mothers, fathers, brothers, and sisters, where it is inferred that the blame of not seeking care is to be put on the patient without any discussion of the historical reasons why black communities fear and distrust the medical institution. We see our faces reflected in patients that are referred to as “lazy” or “uneducated” behind the closed doors of doctor’s workrooms, understanding full well that this is possibly how we are being described behind the scenes at our own visits to seek care. We do all this while the smog of microaggressions, overt racism, ever-occurring state-sanctioned murders at the hands of police, and the unheard cries of our communities surround and suffocate us.

We are told that our presence is valued, and our voices sought after, but still, we are silenced with thinly veiled dog-whistle threats of professionalism concerns. We persist, anguished by the expectation that we should sit quietly and inflict this same form of violent thought on our own families and communities. We persist, anguished at the knowledge that we are viewed as quotas to be filled and cheered about, but our humanity is to be ignored. We persist, taking on the emotional toll of having to educate our educators and peers about why their actions are harmful, often in the face of ridicule and dismissal. We persist, anguished that while our attempts to speak to our experiences are deemed unwarranted, those very same words when mouthed by our white colleagues are lauded and revered. We persist, anguished that our black physician role-models still face these struggles even after years of the education we’re told would grant us the permission to speak our truths and earn the respect of those who doubted us.

That was me: a millennial physician's experience with racism 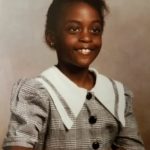