When I was married to a physician, dinner was often delayed. When he finally came home, I was hungry if I hadn’t already eaten with the kids. Our dog would greet him with her whole body of yearning and relief, tail wagging furiously, whining, smiling, crying. She was the embodiment of what I felt but could not express. So I watched with jealousy as our dog received from my husband what I craved: pure connection and love. I didn’t know how to ask — plus, how could I? Just as he’d signed up to be a doctor; I’d taken a vow to be married to that life. So we’d have a drink and chat. Sometimes he’d tell me a story about a particularly heartbreaking or mysterious case, stories from the front. For those moments, his story would be a bridge between us. But most of the time, he kept his stories locked away with the understatement of the year: “It was a normal day.” We kept it light, while I secretly tried to get to the heart of it, to the meat of his life, to draw something out that felt real, emotional, something to bring him home, to our kids and to me.

This inability to really be home started in residency. Of course, the degree to which physicians are able to completely turn off the lights at work depends on one’s specialty and personality. I’m sure plenty of doctors can leave work at work. But doctoring isn’t just any work. It’s messy work and doesn’t always adhere to the confines of 15-minute appointments. It’s human life — and death. Soldiers of war experience this too. And even military personnel who are not on the battlefield. I have a friend who has been in the military since she was 17. She is the picture of courage and grit: a sharpshooter and a quick study, she masters every job she’s given by the military. She’s now looking to get out. This decision demands more courage than anything she’s ever done. Faced with this, she is paralyzed, dogged by the tasks she needs to do to complete the transition, including looking for jobs and taking classes offered by the military. By the time she gets home, she is exhausted and overwhelmed. “So, I just sit on the couch and watch TV,” she says. That faraway look. Home but not home.

What makes soldiers and doctors good at their jobs are also the very things that make it hard to leave work at work. My former husband was, and is, very good at his job, especially when it comes to compassion and care for his patients. At work, he gives his all. He sits with grieving families, helping them understand what’s happening with their loved ones and even crying with them as they die. To ask one more thing of him when he’d given every ounce of his soul all day seemed selfish and childish. So I tried to be civilized and grown-up, swallowing my need for love, to be seen and cared for the way his patients were. By the end of the day, he was so drained; he must have felt that no story he could tell me could bridge the huge divide between the battlefield of the hospital and the home we shared. This is what many doctors do: go back and forth between the battlefield and whatever “home” they’ve created. They are soldiers in everyday life.

But who is that soldier or doctor when they come home from work?

My military friend’s inaction is tearing her up. If she waits long enough, the decision to stay will not really be a decision at all; it will happen by default. Signing out is a defiance of all that she knows. “So why leave at all?” I ask. “What’s the risk of staying?”

“That I won’t know myself,” she says. “That I won’t be myself. Everything is prescribed here: even how to talk.”

Many doctors face a similar risk of losing themselves. Within the hospital or clinic walls, you know exactly how to act, what’s expected of you. But once you leave, like many others in medicine, you may struggle to be home, to even know what actually gives you pleasure anymore, or how to truly relax. The identity of soldier or physician — or many other job titles — comes at a cost; there is the risk of becoming so identified with the job, that you don’t know what you are when you are not being a doctor. The more you work, the more entangled you become with the job and the harder it is to really come home — to the place where connection to friends, family, spouses begins. And for un-partnered, you may fall asleep with your charts on your chest, with no one to even give you a hard time about it. For some doctors, my former spouse included, returning home is to face a hollow feeling, a deep sense of loneliness, even when surrounded by people who love them most. The chasm between your identity and the essence of who you are grows wider and wider, until the only place you feel at home is at work.

Eventually, the cost of not knowing oneself is too big. After all, knowing oneself isn’t a “nice to have” quality. It is a profoundly human desire. To feel at home in one’s own heart is one of the highest callings of being human. For soldiers and physicians, death comes with the territory. But the hardest part of all may be this: To face the messy business of living. Becoming a marksman for your own deepest held values, your most powerful callings of the heart may be the greatest challenge you’ll ever face. And the most important. The commitment to oneself, to venture into that uncharted world of You, is the real work of grit and courage. This is the work of coming home.

Susan Hart Gaines is an executive coach specializing in physician wellbeing, personal fulfillment, and the essential quest to be fully human. She can be reached at Wild Hart Coaching and on Facebook and Instagram @wildhartcoaching.

Does an HMO hinder the efforts of concierge doctors to address patient needs? 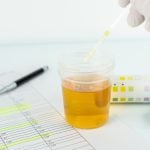 Stress: Is it time to expose the alcohol con? [PODCAST] 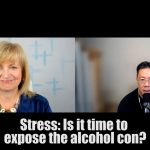