With the recent FDA approval, Zolgensma became the world’s most expensive medication. Priced at $2.125 million per patient, the one-dose gene therapy is a potential life-saver for children with spinal muscular atrophy (SMA). Now, the treatment is at the center of an intensifying debate over the rising price of medications.

Industry watchdogs are outraged. They say Zolgensma is merely the latest example of unethical and monopolistic pricing strategies among drug manufacturers.

In a Bloomberg op-ed titled No Miracle Drug Should Cost $2.1 Million, Dr. Peter Bach wrote that it’s wrong for Novartis and other pharmaceutical companies to price “orphan drugs” (medications for rare diseases) at whatever the market will bear.

“The drug industry will argue, as it always does, that unlimited and rapidly escalating prices are needed to recoup the costs of R&D,” Bach noted. However, Novartis neither researched nor developed Zolgensma. It simply acquired AveXis (the firm that did) for a price that Novartis will recoup in relative short order, according to analysts.

On the other side of the debate are the beneficiaries of Zolgensma, namely the parents of afflicted children.

“You cannot put a price on your child’s life,” said Tina Anderson, whose son will soon celebrate his fourth birthday thanks to Novartis. Anderson joins a chorus of other moms praising the FDA’s ruling. These parents believe that $2.1 million is a fair price compared to the alternative: a lifetime of paying for at-home care, ventilators and repeat hospitalizations, “all of which can add up to far more than the cost of Zolgensma.”

In ethical controversies such as these, opposing sides rarely give ground. No one will convince Dr. Bach that drug companies should be allowed to charge millions for a medication that will turn huge profits in the near future. Meanwhile, parents like Ms. Anderson worry that if drug manufacturers like Novartist weren’t allowed to make a handsome profit, there’d be no incentive to cure orphan diseases like SMA.

Rather than trying to resolve the unresolvable, it’s time to examine the ethical and medical implications of a future filled with multimillion-dollar drugs.

The United States doesn’t overtly ration medical care, unlike other nations. But Zolgensma, with its $2 million per-dose price tag, is a harbinger of rationing to come. To understand this looming threat, let’s begin with the process by which pharmaceutical companies make R&D decisions.

How drug makers choose their targets

To their credit, the pharmaceutical and biotech industries spend more than $100 billion each year researching and developing new drugs, more than three times what the U.S. government invests in basic research.

However, the criteria currently guiding drug-company R&D decisions are based on profits, not on moral, ethical or societal considerations.

Drug companies begin by determining which treatments are likeliest to command high prices and turn fast profits. A treatment for SMA, as an example, checks both boxes. Next, drugmakers look for a captive audience. They assess the needs and motivations of at-risk populations and calculate the likelihood of garnering insurance reimbursements. For diseases like SMA that are quickly diagnosed and potentially deadly, parents and advocacy groups will do anything to make sure the treatment is covered. Finally, major drug makers look for solutions that require minimal upfront investment. In the case of Zolgensma, Novartis side-stepped R&D expenses by purchasing the drug’s developer, leaving the company with no doubt about the profitability of its investment.

Because this earnings-driven approach isn’t likely to change, we should expect many more multimillion-dollar medications to hit the marketplace in the future.

Novartis spent $8.7 billion to acquire AveXis, the Illinois-based firm behind Zolgensma. But the Swiss drug giant was really only after the firm’s technology, which transfers DNA into cells through viral vectors. This groundbreaking process could lead to the development of more than 100 different gene-therapy treatments over the next two decades.

Assuming Novartis and its competitors employ the same pricing strategy going forward, the mathematics could yield frightening consequences: Multiply a $2 million sticker price by 100 gene-therapy treatments by hundreds of thousands of potential drug recipients, and costs quickly reach into the trillions.

In today’s $3.5 trillion health care industry, which accounts for close to 20% of the U.S. GDP, such a rapid escalation in spending would force medical providers to limit patient access. In a word: rationing.

As a nation, we similarly fail to identify and adequately treat those who’ve experienced adverse childhood events (ACEs), such as physical or sexual abuse, which affect an estimated 35 million U.S. children. According to a large-scale study over 10 years, people who experienced six or more ACEs were 54 percent more likely to die than those with none. Clinical studies show that childhood trauma not only reduces life expectancy for the victim, but also severely impacts the victim’s future children and additional generations.

If we zoom out even further, looking at the consequences of diseases that begin in childhood, we’d see the growing need to address the epidemic of obesity, which claims 300,000 lives per year, more people than car crashes, terror attacks, and Alzheimer’s combined. Yet despite the magnitude of the problem, only a few pilot interventions are in place with no large-scale programs capable of significantly moving the needle.

In the United States, a land of plenty, no one likes to talk about rationing. In fact, when the cash-strapped state of Oregon tried to implement a data-driven and transparent process to “prioritize” Medicaid services in 1990, the public outcry was so deafening that lawmakers had no choice but to quickly ditch the plan.

The reality is that rationing tends to happen slowly, and much less transparently than that. For example, rising deductibles and co-payments have slowly forced many parents of children with diabetes to administer less insulin than their pediatricians recommend. Likewise, there’s growing evidence that rising out-of-pocket expenses are forcing many to avoid or delay expensive tests and procedures.

As drug costs continue to skyrocket, rationing will accelerate.

An independent assessment found that Zolgensma is worth up to $900,000 per patient based on the drug’s effectiveness. That’s a massive sum but not even half the going rate and only one-fifth the price Novartis originally quoted.

Pharmaceutical manufacturers receive due criticism for excessive drug pricing. But we should be reminded that drug companies are not alone in contributing to the unaffordability of medical care. Doctors and hospitals contribute to the economic challenges patients face, as well.

The Institute of Medicine (IOM), for example, estimates that U.S. doctors and hospitals waste as much as $441 billion each year on unnecessary services and inefficient care delivery.

Policy experts have long considered health care “waste” a financial issue — a contributor to soaring inflation and a burden on taxpayers. But that’s only part of the problem. The time has come to see inefficient health care for what it really is: An ethical violation of the trust that patients place in physicians and other medical professionals.

Today, one in three antibiotics are prescribed inappropriately, according to the CDC, adding an additional $2 billion in health care costs that negatively impact clinical quality. Likewise, surgeons perform approximately 700,000 arthroscopic partial meniscectomies each year at a direct cost of $4 billion. Yet this procedure has been shown to add no value compared to physical therapy alone.

Make no mistake, the pharmaceutical industry’s R&D and pricing strategies put the health and finances of our nation at risk, and Congress needs to take action soon. But everyone in the medical profession shares responsibility for the problem.

FDA approval of the world’s first multimillion-dollar drug is warning shot for American health care. If we don’t put a stop to the unnecessary procedures, excessive prices, and ineffective medical care, overt rationing will be inevitable. As a consequence, far more children will die than will be saved by these new, high-priced medications. To avoid this path, all the major players — doctors, hospital administrators, politicians, insurers and drugmakers — will need to accept that today’s wasteful practices are ethically wrong and, if left unchecked, will prove deadly.

What we can learn from Marcia Cross about HPV vaccination 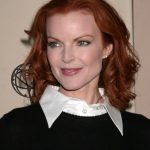 This physician has a mental illness. And one day, he might be your doctor. 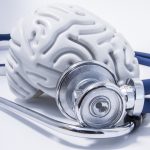 The ethics behind the world’s most expensive medication
2 comments