In the history of medical care, medical records served one purpose and two masters: to record diagnosis and treatment for physicians to refer to and for patients to use to transfer care when they desired. The medical record was a simple 3 x 5 or ledger card in the 1950s. The patient paid directly for care at the time of service. Usually, the physician had a nurse and a spouse running the office. Overhead was low, life was simple, and the patient-physician relationship was analog.

Then came the malpractice lawyers in the 1960s. The medical record then became a manila folder with papers that defended physician action in case of alleged medical error, potentially preventable poor health outcome, or merely the perception of the above.

Then came the federal government in 1965 with Medicare and Medicaid. The Medical record had to have all the details required by government programs to guard against accusations of fraud and abuse.

Then came the government HMO Act of 1973 and the rise of third-party insurance. The paper chart had to have all the details required by bureaucrats and third parties for payment.

By the 1990s, government Medicare and Medicaid, third-party insurance, and skyrocketing malpractice claims were bloating the paper chart with defensive medicine tests and commentary and oodles of details for billing. Physicians had to defend themselves professionally and personally against legal challenges and constant billing challenges.

In the 1990s, the government lobbied by health insurance conglomerates and the IT industry, hatched a scheme to force physicians and hospitals to digitize their analog charts “to improve care and reduce costs” two evidence-less claims. This would prove to be expensive and time-consuming. Along came the health insurance portability and accountability act (HIPAA) 1996 to “assure security and privacy of personal health data” — another two evidence-less claims.

In 2005, the federal government, again lobbied by special interests, gave states money to hire private consultants to help physicians and hospitals assess their readiness for EHR/EMR, which was still in its infancy. The NJDoc-It program sent a nurse to my office. She found that we had excellent, well-organized, and easy to use paper charts but certified we were ready for the electronic transition.

In 2009, the HITECH Act, buried in the Obama Administration’s American Recovery and Reinvestment Act (ARRA), established a bonus bribery system, “meaningful use,” to get all of health care to adopt EHR. It was the good old carrot and stick where the government offers you a carrot and then beats you with a stick in three to five years you haven’t completed the task.

The 2010 PPACA (I call it the unaffordable careless act) cemented the government takeover of the entire health care ecosystem. ACA set the stage for the Medicare Access and CHIP Reauthorization Act of 2015 (MACRA), which required via a “merit-based incentive payment system” (MIPS), which uses physician-patient data to ratchet down reimbursement and make the whole process about electric continuity.

Meantime, back in the exam room, the physician sits facing the computer while the patient stares at his or her back. The physician has become the official data entry clerk for the federal government and third-party insurance industry. So much for eye contact with the patient.

Also in 2015, Centers for Medicare Medicaid Services (CMS) began their “fraud and abuse” program to claw back all of the EHR meaningful use money sent to physicians to help defray EHR costs paid out in 2011. Physicians and health care systems were forced to provide data and evidence using defunct systems from long-abandoned vendors or suffer complete recoupment or imprisonment (carrot and stick, above).

Solo and small physician practices were increasingly put out of business, and hospitals hired physicians to serve the mighty electronic data masters — government and third-party payers.

A three-hospital system where I have privileges was taken over by a city hospital system to form an ACA-authorized accountable care organization (ACO). The first order of business was to force the new system to use an EHR to gather mandatory government and billing data. This has resulted in weeks of hampered and inaccurate care, endangering patient lives thus far, not to mention useless red tape procedures and millions of dollars in IT costs and ongoing yearly support.

For 20 years, I’ve worked diligently to get the ER physicians of another hospital system, where I also have privileges, to call me for continuity of care regarding my patients. In the early 2000s, this happened with some frequency. I gave my physician colleagues useful brief analog information via phone, and they gave me concise follow up information. Now, they are completely bound by mandatory digital processes that consume their time and add nothing but red tape and expense to care. The head ER physician said that he no longer has the manpower to call me with efficient analog follow up like they used to because they’re far too busy chasing all the digital data. Care loses again.

The mighty patient-physician healing analog relationship is now in critical condition and on life-support, dependent on electronic data transmission. We, as patients and physicians, must demand this trend be reversed and rehumanized, with innovations such as DPC direct primary/specialist care and competitive cash procedures that eliminate the red tape and all the related administrative expenses.

The United States was the envy of the world for human analog medical care. Now we are racing to the bottom with the government crony electrical digital continuity chasing socialized health care pipedreams. 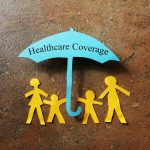 Why diverticulitis can be an elusive diagnosis 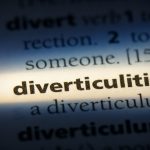 More by Craig M. Wax, DO