Nurses are notoriously tough, resilient, and caring. Their ability to deliver health care with a mindful spirit is uncanny. Multitasking is soon ingrained in even the greenest of this kind.

Go ahead, inundate them with requests, some admittedly regretful, and you will witness amazing things being accomplished with few exceptions. They can be mischievous as well. After all, they’re human, right? Surely the new haughty unsuspecting intern deserves a 2:45 a.m. wake-up call for a not-so-critical lab value, right? But don’t worry, the nurses will be smiling next time he shows up to write an order. Nurses are called on to be all things to all people, and my mother was no exception.

On a warm California day in the early 1960s, my mum pulled me by the hand up the street to check on Ruth, an elderly neighbor. According to her recollection, we had only been visiting Ruth for a minute when I bolted through an unlatched screen door, leaped off the porch, and ran to the backyard. I remember seeing a Coca-Cola bottle filled with brown liquid sitting on the patio. It was a fantastic find, and I wasted no time raising it to my mouth and drinking from the bottle. My mother was right behind me, but I was quick, and she was unable to stop me from guzzling the liquid. To everyone’s horror, the substance turned out to be the now banned lethal weed-killer, Chlordane.

My mother learned later that the neighbor had transferred the poison into the Coke bottle but had neglected to put it away. After the swig, my mother frantically pressed my cheeks together, trying to remove the liquid, but a white froth and pungent odor were all that remained. Thankfully my father was just a few houses away and able to drive me to the emergency department. I somehow survived once intubated but would suffer grand mal seizures during three days of touch-and-go hospitalization on life-support. Although I had survived, my mother felt much guilt after the emergency physician chided her, “You are a nurse! How could you let this happen to your own child?” As a conscientious nurse and mother, she was devastated and filled with regret. But she was not a quitter.

One thing I learned from my mother was that things happen in life that are well beyond our control, and we must move forward. And my mother was always moving forward but almost never in a car. As in the case of Ruth, trekking on foot to visit the elderly and any infirm neighbors was common for my mother, a registered nurse (RN) originally from Vancouver, Canada.

After graduating as president of her nursing school, she met my American father, and they ended up settling in Northern California. Once in the states, she took a break from hospital nursing to be a stay-at-home mum with her three kids. My father was a traveling salesman and worked long days going many miles from home.

Unfortunately, my mother never learned to drive due to poor vision. Because of this, she was often seen walking around our town running errands, volunteering at our school, and grocery shopping. More importantly, she walked many blocks daily on her mission to visit the elderly in need. Whether it was to help bathe someone, clean the house, or just a visit to lift a fragile spirit, my mother did it all on foot.

“I love old people,” she would say. “They are my good friends.” Her sense of humor and quick wit were magnetic, especially to the people she served. And it was commonplace over the years to have anyone in need at our house on most holidays. She was acutely aware of the poor, the sick, and the lonely living in our community.

When I went to college, my parents moved back to mum’s home country of Canada. Despite the wear and tear on her body, she continued walking everywhere she needed. Determined to return to nursing, she took a job as a nurse’s aide at a geriatric care center, given that her nursing license had expired years earlier.

As in California, her odyssey on foot continued. Like our trusty mail carriers, neither rain nor snow would deter her from caring for her favorite patients. “They are like family to me.” She would say with a big smile. “When they get smart with me, I give it right back to them. I love people.”

Now well into her mid-60s, mum continued walking back and forth to work. Her supervisors eventually took note of her tireless compassion and excellent work ethic, reinstating her as a full RN. She was thrilled as she was already performing most of the duties required of an RN. Her schedule remained full and eventually consisted of caring for her own elderly mother at home, walking to work daily, and checking on her neighbors.

She eventually retired from the elder care center but continued walking about town, serving people, visiting the sick, and volunteering at the local soup kitchen. Mum enjoyed caring for the elderly and all people in need throughout her life. She never once complained about having to walk everywhere, although later, she would undergo bilateral hip replacements and suffer painful arthritis given the mileage her body had endured. She passed away on June 27th, 2022, from inoperable cancer.

She was the epitome of a nurse and caregiver — an asset to each community she lived in, both in the U.S. and Canada. She had countless friends and people who adored her for her kindness, compassion, and ability to connect with people. As a physician and son, I have known her to be a wonderful example of how to treat our precious elderly and, in fact, all people in our challenging world. I dedicate this note to my mother, Nancy Nyte, RN, and to all nurses everywhere, including my wife, who serve tirelessly in the trenches every day.

Christopher Nyte is an otolaryngologist.

I received a comprehensive sex education. I still chose abstinence. 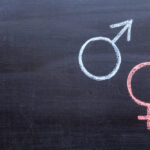 There's no one to drive your patient home 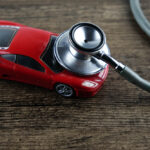 More by Christopher Nyte, DO