While our elected officials in Washington spin political rhetoric and quote scary statistics around the opioid epidemic, New Jersey was one of the first states to take actual action. In February of this year,  New Jersey Attorney General Gurbir Grewal declared its plan of combat: a 24-hour response team, improvements to the prescription monitoring program, and over a million dollars in federal grants. In fact, the Office of the New Jersey Coordinator for Addiction Response and Enforcement Strategies was created to oversee the task. Other states have yet to step up to the plate. But will it have any impact?

The history of opioid abuse is a long one, dating back to 3,500 BC when the Sumerians in lower Mesopotamia harvested opium, which they called “joy plant.” It first arrived in the U.S. aboard the Mayflower in 1620, and there have been spikes of addiction during times of war. Currently in the US, it is estimated that approximately 115 people die from overdoses involving opioids every single day. Approximately 21-29 percent of all patients who are prescribed opioids for pain will misuse it. Furthermore, about 8 to 12 percent will develop an opioid use disorder and 4 to 6 percent of those will move on to using IV heroin.

The statistics are indeed scary. But, while politicians debate actionable solutions, doctors are seeing the very real faces of this epidemic. And that face is not a nameless statistic but rather faces of patients affected, of parents who have lost children and children who have lost parents. We see the fall-out of families destroyed and those left mourning. This addiction is not limited to any socioeconomic status or race. It does not discriminate in who it holds in its grasp but affects all races, genders, ages, and economic classes.

In March 2018, over 1,400 doctors were asked in a joint poll conducted by Physician’s Weekly and Sermo if they were confident that any intervention would be effective, either by the government or the medical community. Approximately 63 percent of doctors have lost confidence that there will be any effective response. Only 13 percent of doctors in this statistically significant poll hold out any hope for an effective response. If doctors do not believe in a solution to the opioid crisis when we are the ones on the front-lines seeing its damages every day, how can anyone else?

Although we have succeeded in raising greater awareness into this ugly catastrophe, what good does it do when I sit in front of a scared teenage girl in the exam room who wants to go clean, but there are no rehab facilities that take her insurance? Do politicians know that there are many like this girl who want help but have been turned away by the system? You can create more rhetoric and make more laws regarding prescribing of opioid medications like former New Jersey governor, Chris Christie, but none of it is helping those already addicted. There have been promises of federal funds being ear-marked for treatment services, but it has not reached the patients most in need. While they wait for a political fix to ease their suffering, their next fix may literally kill them. These patients don’t have time to wait until initiatives roll out: their lives are in danger now.

Am I one of those doctors who lost all confidence that there can be an effective response to the opioid crisis? Sure, I have grown jaded like all my doctor colleagues, but I hold on to my hope that a positive solution will come. If I lose my hope, my patients are condemned because, for many of them, my hope is all they have left. It is past time to call our lawmakers to stop talking and take real action.

Linda Girgis is a family physician who blogs at Dr. Linda. 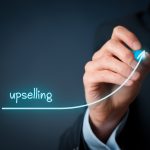 It's time for women physicians to shine on stage 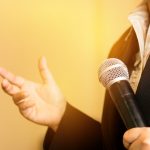