There are situations where I have told a patient they had no options: a cancer recurrence not responding to any treatment, detecting no heartbeat in a 37-week pregnancy, or telling someone their family member coded and didn’t survive. The worst part of these situations wasn’t just the diagnosis but the lack of options to improve the outcome. Let’s not remove choice in situations where a patient has a chance to improve her outcome.

As an OB/GYN physician, I am often there for women’s best and worst life moments. They trust me to be an educated voice of reason, compartmentalize my beliefs and desires, and help them make a life-or-death decision. When I have a pregnant woman, that duty is doubled, as I now have two patients. There is not a single OB/GYN physician, even those who regularly perform abortive procedures, who does not care about the fetus. That is a false and insulting narrative. The truth is, as much as we may love babies, there is no baby without a healthy mom. Therefore, she is always the priority. Recently, the Supreme Court told women across the country that they are not the priority.

While I dislike the overuse of women’s trauma as a performance for the public’s ounce of empathy, I share these stories to show that they are not rare. These are the women who, in many states, are being told they are not a priority …

… An 18-year-old who came into the office to talk about birth control. She was about to start college on an athletic scholarship. Her urine pregnancy test was positive – she had had intercourse only once. Her scholarship was for a contact sport contraindicated in pregnancy.

… A 21-year-old who stopped by the ER before her birthday outing because of abdominal pain worsening over the week. Her pregnancy test was positive, even though she had been taking birth control pills.

… A married woman who came in on Christmas because her water had broken. She was in the late first trimester, and the fetus still had a heartbeat. Her water breaking started a race against time. Every hour she stayed pregnant, her risk for infection and sepsis increased. The fetus would not survive being delivered for another two months, and she was too early for any other medical intervention.

… A 24-year-old who was dropped off by ambulance due to heavy vaginal bleeding. Ultrasound showed that she was in her second trimester. She had a severe intellectual disability. So not only did she not know she was pregnant, but she would also be unable to be a fit mother, and she probably had not consented to intercourse.

… A couple who had spent thousands of dollars on three rounds of IVF, which had all ended in miscarriages. They had two frozen embryos left but did not know if those would lead to additional miscarriages.

… A 30-year-old woman who came into the ER because she had a positive home pregnancy test and some mild pain. Her ultrasound showed an early tubal pregnancy. Currently, she was completely stable.

I don’t expect the average population to understand the medical implications of these circumstances because it is not their job. It’s mine. Therefore, I also don’t expect them to interfere with what medical management is appropriate for my patients. Some chose to stay pregnant; some chose to abort. They were afraid, unsure, tearful, or relieved – but they all had a choice. That’s what made these situations better than the times when I delivered bad news with no options. Being pro-choice isn’t about abortions; it is about being pro-women and their right to their bodies. They have the choice to insist on vaginal delivery instead of a cesarean despite a fetal emergency, abuse drugs that neurologically impair their fetus, refuse vaccinations in pregnancy that could protect their fetus from fatal illnesses, and abort, whether medically necessary or not. Pregnant or not, it is still her body.

Shared decision-making is a health care concept defining a physician’s job to discuss the risks, benefits, and alternatives of available care so that the patient can decide with their physician’s guidance. Now, this shared decision-making is no longer between the patient and her physician. It will involve navigating laws and unnecessary barriers. Who will she have to convince she was raped? Does the presence of a heartbeat negate incompatibility with life? Are embryos considered life? Do we have to wait for her to be unstable for it to be “lifesaving”? If I proceed incorrectly, could I lose my license despite properly taking care of my patient? A negative diagnosis is difficult enough without removing the patient’s ability to choose her next steps. That responsibility should remain between the patient and her physician.

Camille C. Imbo is an obstetrician-gynecologist.

How did quality and safety become 4-letter words? 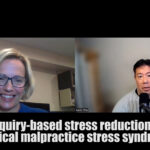