An excerpt from How to Live Well with Chronic Pain and Illness: A Mindful Guide. Copyright 2015 by Toni Bernhard. Excerpted with permission from Wisdom Publications.

“Freedom is instantaneous the moment we accept the way things are.”
– Karen Maezen Miller

A well-known Buddhist story known as the Mustard Seed helped me learn that continually asking “Why Me?” was an unrealistic assessment of the human condition that had become an ongoing source of suffering for me.

In the Mustard Seed story, Kisa Gotami was a young mother who refused to believe that her young son had died. She carried him door-to-door in her village, pleading for medicine. People told her that it was too late for medicine, but she was unable to understand or accept that. Then someone suggested that she ask the Buddha for medicine. When she did, he told her to bring him a mustard seed from a house that had never experienced death.

She began going door-to-door again, this time telling people that the Buddha needed a mustard seed to make medicine for her son. No one refused her request. But when she asked, “Has this house experienced death?” the response was always, “Yes, of course,” and so she’d leave empty-handed.

After some time, she realized that impermanence and death were universal. She buried her son and returned to the Buddha. When he asked if she had obtained the mustard seed, she said: “Finished is the matter of the mustard seed. You have restored me.”

This may seem like a harsh tale, but I appreciate how the Buddha knew that the best way for Kisa Gotami to make peace with one of life’s harsh realities was to touch that reality firsthand, rather than listen to a lecture from him.

Whenever I hear the Mustard Seed story, I think about how I’ve responded to traumatic events in my own life. Like everyone else, my life has had its share of sorrows — some of them deep sorrows. My father’s death when I was ten years old is at the top of the list. Becoming chronically ill in 2001 is near the top.

My father and I were extremely close; his death was devastating to me. I remember looking at other kids my age and asking “Why me?” over and over again, in an achingly painful refrain. I was angry at the world and (it’s hard to admit) angry at my father for dying. Unfortunately, no one in my life had the skill to tell me a child’s version of the Mustard Seed — a tale that could have gently communicated to me that life is unpredictable and can feel horribly unfair but that, with time, I’d be able to accept what happened and begin to enjoy life again.

Many decades later, when I got sick and didn’t recover, the “Why me?” refrain started up again. I blamed myself for losing my career and for having to give up so many activities that I loved. I felt unfairly treated by the world and by my body. But repeatedly asking “Why me?” served only to intensify the resentment I was feeling and the blame I was directing at myself.

After several years, I finally began to change my response to being chronically ill. Remembering the Mustard Seed story helped; it enabled me to accept that all people face unexpected upheavals in their lives. This meant that my “Why me?” refrain — which left me feeling as if I’d been singled out in some way—was a distorted view of the human condition.

I was also helped by the writings of Zen teacher Charlotte Joko Beck. In her book Everyday Zen, she writes: “Our life is always all right. There’s nothing wrong with it. Even if we have horrendous problems, it’s just our life.”

This passage was transformative for me. “Why me?” became irrelevant when I realized that my life was just my life, that it was all right, even though it included giving up a career years before I felt ready, feeling sick every day, and being severely restricted in my activities. It’s just my life. The realization that there was nothing wrong with my life was a tremendous relief because it meant there was nothing wrong with me.

I was also helped by country music artist Rosanne Cash. In October 2009, she was a guest on NPR’s Fresh Air. Cash had put her career on hold because she had to have brain surgery for a rare but benign condition. The host, Terry Gross, asked her if she ever found herself asking “Why me?” Cash replied “no” — that, in fact, she found herself saying “Why not me?” since she had health insurance, a career she could keep despite the need for a long recuperation, and a spouse who was a wonderful caregiver.

I know that not everyone is fortunate in the ways that Rosanne Cash mentioned. For many people, stress over money and lack of support are ongoing challenges. And yet, remember Kisa Gotami and the mustard seed; no one gets a pass on life’s difficulties. Not even Ms. Cash — think about the stress and the fear she must have experienced before and after her brain surgery, with its risks and uncertain outcome. Rosanne Cash’s “Why not me?” drives home to me the reality that life is not necessarily fair, even though as children, we’re taught that it should be.

Odd as it may sound, the day I realized that life is not fair, I felt a burden lift off my shoulders because, at last, I could give up the exhausting but fruitless battle to make it fair. It’s been such a relief that I now count the expression “Life isn’t fair” among my equanimity practices. When I don’t expect life to be fair, I’m open to the way it actually is at the moment, including the unexpected turns it takes along the way — even the sorrowful turns.

As Joko Beck suggests, there’s nothing wrong with us when the going gets rough. Even when our expectations are turned upside down, it’s just how life is for us. This perspective helps us rest in the accepting calm of equanimity. It also opens the door for self-compassion to arise because, instead of turning away in aversion from our struggles, we open our hearts to whatever life is serving up at the moment.

Inspired by an ancient Buddhist story, a contemporary Zen teacher, and a country music artist, when I start to sink into that “Why me?” way of thinking, whether it be over the “unfair” turn my health took in 2001 or over any disappointment or sorrow, I know I’ll feel more at peace and enjoy life more if, in a kind and gentle voice, I turn “Why me?” into “Why not me?”

Toni Bernhard was a law professor at the University of California—Davis. She is the author of How to Be Sick: A Buddhist-Inspired Guide for the Chronically Ill and their Caregivers, How to Wake Up: A Buddhist-Inspired Guide to Navigating Joy and Sorrow, and How to Live Well with Chronic Pain and Illness: A Mindful Guide. She can be found online at her self-titled site, Toni Bernhard.

Choosing the right cardiologist takes longer than you think 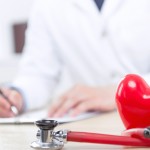 For quality experts, a point of tension with ProPublica