COVID-19 has revealed once again how short our nation is of doctors.

Early in the pandemic, several governors called on retired physicians to return to the workforce. Medical schools allowed students to graduate ahead of schedule and begin working and training in hospitals. States loosened licensing restrictions to allow physicians from other locales to practice within their borders.

These temporary measures helped battle the pandemic in the short term. But they’re not a sustainable way to address the U.S. doctor shortage.

The pool of practicing physicians is shrinking. Over the next decade, two in five doctors will be old enough to retire. Taking care of our growing, aging population will require 139,000 additional physicians by 2033, in specialties ranging from geriatrics to surgery.

U.S. medical schools have been unable to respond to this looming increase in demand for doctors. Overall enrollment has risen just 7 percent in the past five years. In the 2019-2020 application cycle, U.S. institutions received nearly 900,000 applications but enrolled fewer than 22,000 students.

Consequently, thousands of promising U.S. students who would make excellent doctors are victims of a cruel numbers game. According to a 2019 survey from U.S. News and World Report, the average acceptance rate at 122 U.S. medical schools was just 6.7 percent.

And the odds of admission could grow even longer, as the pandemic motivates people to consider careers in medicine. “There will be a new generation of health care workers inspired by the heroes they have seen battling the COVID-19 crisis on the front lines,” said Dr. Sarah K. Wood, senior associate dean of medical education at the Schmidt College of Medicine at Florida Atlantic University.

International medical schools can help alleviate this educational bottleneck. Already, thousands of U.S. citizens head abroad for their medical training. And that number has been growing in recent years.

Some international medical schools can offer an education that’s every bit as rigorous as that available at U.S. schools. Graduates of the best international schools pass the U.S. Medical Licensing Exam, which is necessary to practice in the United States, at rates equivalent to those notched by U.S. medical grads.

IMGs also tend to work in underserved communities, where the doctor shortage is most acute. More than 40 percent of doctors in particularly poor areas are IMGs. Over one-third of physicians who work in predominantly minority neighborhoods were educated abroad. This work is especially important now, as people of color have been hit hardest by COVID-19.

What my locums tenens experience in Maine taught me 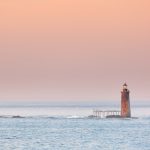