My mom was beyond vulnerable to the virus. May of 2020 marked two years since she’d become a nursing home resident—receiving care for several chronic illnesses. She died of failure to thrive due to Coronavirus 2019 on June 1, 2020, at the age of 75.

As her oldest child, her health care proxy, and a health care writer for more than 15 years, I knew that a positive result in a long-term care facility was statistically almost sure to end one way. She’d already been showing signs of global decline for months, and had a DNR order in place.

Professionally, I’d been immersed in COVID almost from the time it began. I was writing articles about physicians’ liability exposure during the crisis and how clinicians could seek resources for help coping with trauma related to the pandemic.

Personally, I was connecting with my mom the best I could (asynchronous videos, cards in the mail). I was defending her final wishes. And I was preparing mentally to say goodbye, even if it couldn’t be in person.

However, I did have the chance, several weeks before the end, to spend 10 minutes with my mom. I was wearing a gown, gloves, and a surgical mask over my own. The machine churning out her supplemental oxygen was bigger and louder than I expected, and the TV was off for the only time I can remember.

Mom semi-sat in her bed, alert but disinterested. I sat toward the end of the bed and tried to rub her leg. She winced, with an “ouch.” She pointed to her cheek and told–not asked–me to kiss her. I complied. Who could possibly refuse? Through the two masks, I kissed her sunken cheek.

I thanked her for all she had done, told her I loved her, and that she was the best mom, the best grammy. Neither of us were completely sure it was goodbye. But I said the things I wanted her to hear, receiving little to no feedback in return. I reminded myself that silence was okay, just being there. She eventually asked, “How long are you going to stay?” Ten minutes can actually be a very long time.

As the uncertain weeks passed, I chose not to return. Where she needed me most was behind the scenes. I had to learn to be still when every impulse was to act. To do something. To change something. And there was LOTS of pressure to do just that—to ignore the DNR, to ask for a feeding tube, to delay palliative and hospice care. How was I supposed to make sound and rational decisions while fielding deliberate harassment and attempts to manipulate.

At any rate, I was and continue to feel grateful that she was in a residential setting (albeit in a terrible circumstance) surrounded by familiar faces and sounds. She was not alone.

Besides, we shared a semisolid belief in ESP or a sixth sense. We could send and sense energy from anywhere. We watched the same five or six episodes of the original Unsolved Mysteries on a loop many times during the three months she lived in my now-office. (She also declared my home lacking in any good paranormal activity).

We “got” to have a wake, with five people in the funeral home at any one time. There was unspoken tension over who was close or important enough to look at her corpse. I regretted the “in lieu of flowers” line at the end of her obituary. A single arrangement of hydrangeas ostensibly from her three grandchildren sat on a pedestal.

It was more comforting than I expected, to touch her hand a final time, even though it was cold. There was no more IV or oxygen pump. The funeral home had painted her nails a shade of pink she would have chosen herself.

She was at peace, and there was relief in that. I’d internalized her suffering for so long.

I also suddenly empathized with her in a way that’s impossible for a child. Laura was one strong woman. When my sister and I were 5 and 9, she lost her own mother and marriage the same spring. She was devastated (catatonic, by her own description)–but she mothered us with every ounce of energy she had left.

This pandemic, and the cascades of despair that have come with it, feels insurmountable. The casualties, in terms of people, businesses, and peace of mind, are still piling up. We’ve lost so very much. Every one of us is a survivor in some way.

But while bereavement is largely universal, goodbyes can still be healing if they don’t follow tradition. Thank you to health care workers across settings for keeping us connected to our loved ones at critical times in all the next-best ways we know how.

Debra A. Shute is a journalist.

Food allergies are not funny 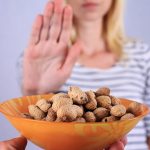 Why clinicians should consider the power of prayer 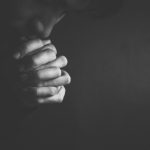 More by Debra A. Shute