Sorry for my delayed response. I didn’t know if I was going to follow up with you on this issue.  When you initially messaged on LinkedIn, on New Year’s Eve, I was holding my daughter.  She’s five, and she was desperately trying to stay awake for the ball drop.  She was determined to ring in the New Year.  Which, unfortunately for me, meant that I had to keep my eyes pried open.  It was 10:30 p.m., and my exhausted mom brain was almost asleep on the couch.  I have been having a hard time sleeping lately.  All the COVID pandemic stuff at the hospital, you understand.  That’s when I received your message.  So, you can imagine why I didn’t respond when you decided to ask me for nude photos.

When I got the message, I rolled my eyes and looked at my beautiful daughter.  I wondered what kind of world she was going to live in.  Was she going to be valued for her gifts?  Were people going to be impressed by her determination and spirit?  Or, would they see that she was a beautiful girl and assume her worth was in her appearance?

Earlier in the evening, I attended a friend’s wedding on Zoom.  It occurred to me how crazy this year has been.  Listening to their vows gave me peace, and a sense of wonder that out of chaos can blossom love and joy.  It gave me hope for those who are suffering loss, and heartbreak, that this could be a year that fills them with renewal.

I get it, it’s lonely, and the holidays are hard. It’s easy to lose faith in humanity.  We have all gone through a collective trauma.  Unfortunately for you, you are likely the 50th person on this app to try to turn it into a photo exchange.  Don’t get me wrong, I have loved being on LinkedIn.  I think it is an amazing way for professionals to work together.  I have met thousands of people who are actually interested in talking, working together, and trying to make cultural changes that will help all of us.  I’ve developed amazing relationships with men and women worldwide, which I hope to collaborate with for years to come.  I also know people who have met their significant others on this site.  I am all for consenting adults doing whatever they want to do.  I feel the need to clarify this as I am sure some will call me a prude or say I should be in the nunnery for finding this behavior problematic.

I decided not to respond to the first or second messages.  Then you got a little more creative finding your way to my phone.  Some advice, if someone isn’t responding to illicit text messages on one modality, it’s best not to continue with another device.  You don’t know this, but I reported it as junk and blocked your number.  This was a number I gave you, like I have given so many others, to build a collegial and collaborative working relationship.  I didn’t hand it over thinking it would be an invitation to be my New Year’s booty call.

When I woke up the morning of January 1st, eyes weary from my attempt at staying up late, I realized that I had a responsibility to women who can’t brush this encounter off as easily as I can. You see, being repeatedly asked for nude pictures isn’t something new for most women.  Having people see you as a commodity is more common than I would like to admit.  There were times in my life that someone with power or connections would intimidate me.  That’s not the case anymore.  I actually don’t care who you are, how rich you are, the power you yield. I am going to make sure that you realize you can’t treat people like they are a transaction you’re making on the stock market floor.

Another piece of advice in this new technological era is don’t threaten people or text things that you wouldn’t want to publish in the New York Times or Washington Post.  It’s probably best to make sure someone wants imagery of your anatomy before sharing something that makes you vulnerable to them.

I would encourage you to see amazing women on social media for who they are in the future.  Maybe figure out where they have been and what they are working toward.  Maybe even figure out how ways to help each other solve the problems this country faces.  Instead of looking at someone’s appearance, listen to their story. You got unlucky with me; you can’t intimidate someone who has lived through the war.  I’m hoping that you choose to go in a more professional direction with the next woman you message because of these words.  We are not transactions. We are intelligent, determined, passionate, and persistent people.  It’s far better to be our ally than our foe.

Best in the New Year.

Kellie Lease Stecher is an obstetrician-gynecologist, M Health Fairview Center for Women, Edina and Eden Prairie, MN, and co-founder and president, Patient Care Heroes. She can be reached on LinkedIn, Facebook, and on Medium @kellie.stecher.

It is not enough to say we are anti-racist. We must address glaring disparities in treatment. 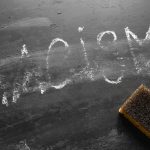 The consequences of the coronavirus pandemic are eternal

When a colleague asks you for nude photos
8 comments