I took a deep breath. The medical assistant who was checking me in for a video appointment was trying my patience. I was trying to explain, once again, that no, I really didn’t have HNSHA due to triosephosphate isomerase deficiency. The rare condition had inexplicably been added to my problem list in my electronic health record, and it was proving impossible to remove.

”The only person who can remove it is the one who added it,” the medical assistant told me, giving me a name.

”I don’t have a doctor by that name.”

”Well, perhaps it was someone in the emergency room. Maybe you just know the illness by another name.”

”Well, someone wrote it.”

The encounter ended the same way every previous attempt had: at an impasse. The diagnosis remained “active and confirmed.” It appeared on my problem list on the clinic note for the visit. I mentioned it to my doctor, who tried to remove it herself. She could not. Nor could my other doctors. I finally needed to submit a formal signed request to amend my medical record with the hospital to get it removed.

To this day, I have no idea how or why the HNSHA diagnosis was added to my chart. Perhaps whoever was inputting the data that day got me confused with another patient. Maybe they mixed up HNSHA with something else. Either way, correcting their mistake was a hassle.

Electronic health records (EHRs) are a boon, in my humble opinion. My doctors are able to share information and see each others’ notes. I’m able to download my imaging reports, labs and progress notes without bugging anyone. It’s all in one place. The major downside to EHRs, however, is illustrated by that pesky HNSHA diagnosis. Even when something is unequivocally wrong, it’s hard to correct. Not only that, but the incorrect information does not remain with one physician or medical office; it is disseminated across multiple doctors’ practices and hospital systems.

In my state, any prescription that is written by any doctor is transmitted electronically and added to the EHR. This is great, because I don’t have to sit there rattling off all my meds to every doctor I meet. It’s also problematic because the software tends to list everything ever filled as a current prescription, without nuance. About five years ago, my endocrinologist prescribed me a couple of dexamethasone tablets for a one-time cortisol challenge test. Dexamethasone has shown up in my EHR as a med I take regularly. So has the antibiotic that is prescribed to be taken as prophylaxis before and after dental work – literally, a grand total of two pills that sit unused in their bottle until my annual teeth cleaning. There is no way to flag something as a rescue med, so my Epi-Pen and inhaler have been listed as meds I take “as needed” on a regular basis too. The system doesn’t seem to recognize generic names of the same drug, so there are duplicates. Nor can it note medications given in clinic, like my immune globulin product. Trying to get someone to enter the details for IVIG correctly was like a modern-day version of the “Who’s on First?” skit.

To be fair, if someone were to take the time to look at the actual doctors’ notes, they’d see correct information. During the HNSHA debacle, my doctors told me they were noting the inaccuracy in their own files. However, if anyone had needed to look at my EHR quickly- for instance in an emergency – they would have seen the inaccurate problem list first. Given my very complex medical history they may have believed it to be accurate. In an emergency situation I might not have been able to discuss it with them. And that could have led to doctors acting on a condition I did not have, which very easily could have been dangerous to me.

There’s the rub: inaccurate patient records aren’t just an inconvenience. They’re a risk. The EHR might speak for the patient when they cannot speak for themselves, and if it’s wrong, it’s a serious liability.

In lieu of any system-wide improvements to EHRs, I try to be vigilant. I ask the medical assistants to review the medication list at every appointment, if I can. Luckily for me, my chart’s problem list is accurate now that the HNHSA diagnosis has been removed. All the same, I worry that if a medical assistant mixes up my conditions and punches in the wrong ICD code again, the chart will suffer. And I worry that if it happens, correcting the issue will prove difficult again.

EHRs are wonderful additions to the clinician’s toolbox, and they aid patients in accessing their records and having clear information about their health. However, some adjustments are necessary, including a more effective way to screen for and correct errors, so this tool will always be helpful and do no harm.

Denise Reich is a patient advocate.

Reflections on caring for parents with dementia 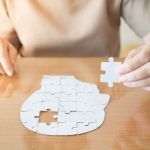 Tagged as: Health IT, Patients

When records are wrong, patients are at risk
6 comments